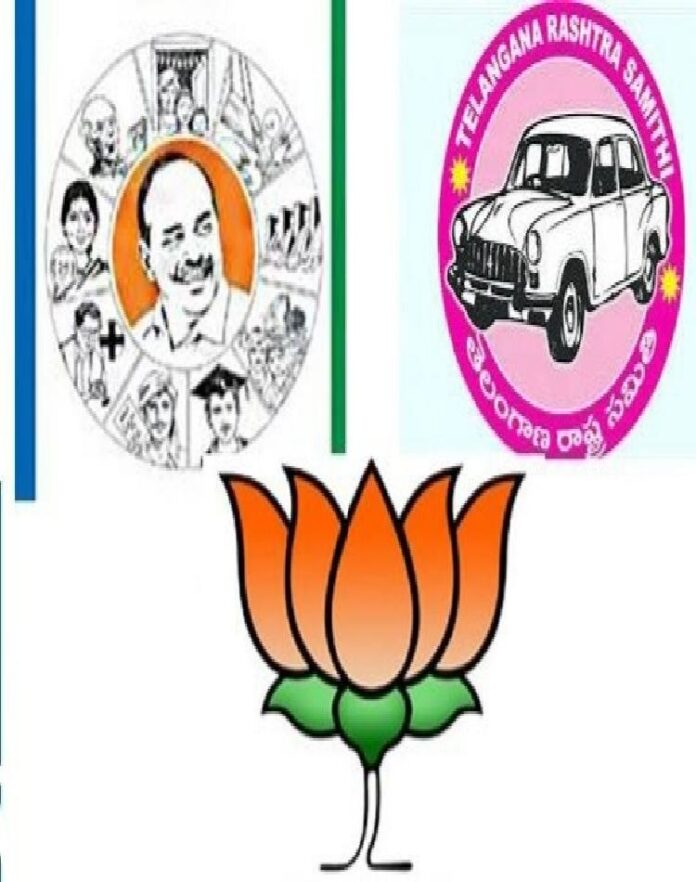 Notwithstanding the frequent rancorous conflicts between state level BJP leaders and the ruling parties in the Telugu states, the BJP national leadership seems to be interested in having smooth ties with the Telangana Rashtra Samiti and the YSR Congress Party, going by certain key developments at the Centre.

It may be recalled that Vijayasai Reddy is one of the top auditors. Recognising his caliber, the central government has appointed him as chairman of the crucial parliamentary standing committee on commerce. BJP Rajya Sabha member from Andhra Pradesh TG Venkatesh, who had switched from the Telugu Desam Party, has been appointed as the chairman of the parliamentary standing committee on transport, tourism and cultural affairs.

Around June next year elections will be held for the post of President of India. Post 2019 Lok Sabha elections, the BJP has lost power in several states in the Assembly elections, while in some other states, the strengths of its MLAs have reduced.

If the BJP could get the support of TRS and YSR Congress for the Presidential election, both these will play a key role in electing the BJP nominee as President. Keeping this in view, the BJP national leadership is trying to get close to these two parties, despite the struggle by the local leaders of the saffron party to discredit both the parties.

This will help BJP to get their support, if required. #KhabarLive #hydnews