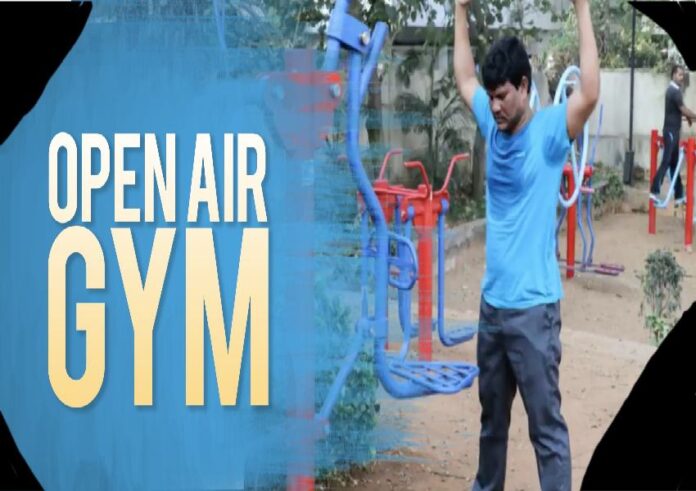 In Hyderabad,  parks are getting rush after the covid scare, but the open gym concept is almost going towards failure. This is the apathy of GHMC which conceptualized the idea of open gyms.

With an aim to make citizens healthy and fit, the Greater Hyderabad Municipal Corporation (GHMC) has set up about 178 open gymnasia in public parks. But with the civic body ignoring them, the majority of gyms are lying in a state of disrepair.

The majority of exercise equipment of gyms is either lying in a rusted heap or stolen. Each one was set up at a cost of Rs 13 lakh. The corporation was responsible for their maintenance. At a few parks where the 13 types of equipment for exercising were installed poor maintenance left them unusable by people.

Only 10 per cent of 175 gyms are used by the public, thanks to the residents’ welfare associations, as they maintain them on a regular basis. Eight open gyms were set up in the Kukatpally area, which had shoulder twisters, abdominal riders, vertical shoulder pull, seat twisters, chest pushers, leg extensions, pull chairs, and others. But due to ‘apathy’ of the officials most of them are lying in damaged condition.

ALSO READ:  Why The 'Footpaths' On Roads Go Out Of Reach In Hyderabad?

A Suresh of Prashantnagar said, “Useless gyms, as most of equipment is broken due to poor maintenance of GHMC. Lakhs of public money is wasted. Instead the corporation could have provided better roads and manholes.”

Open gyms are completely ignored by the GHMC officials. Apart from gym equipment, tiles are broken.

At inauguration the open gyms were a big hit, as elderly persons, women, youngsters, and children were mostly utilising them but since the Covid lockdown, all the gyms are lying neglected. E Satya, President, Prashantnagar Colony Welfare Association said, “Walkers have criticised the GHMC for not repairing gyms. Authorities must take up repair work immediately and install CCTV cameras to identify thieves who are stealing the equipment.” #KhabarLive #hydnews