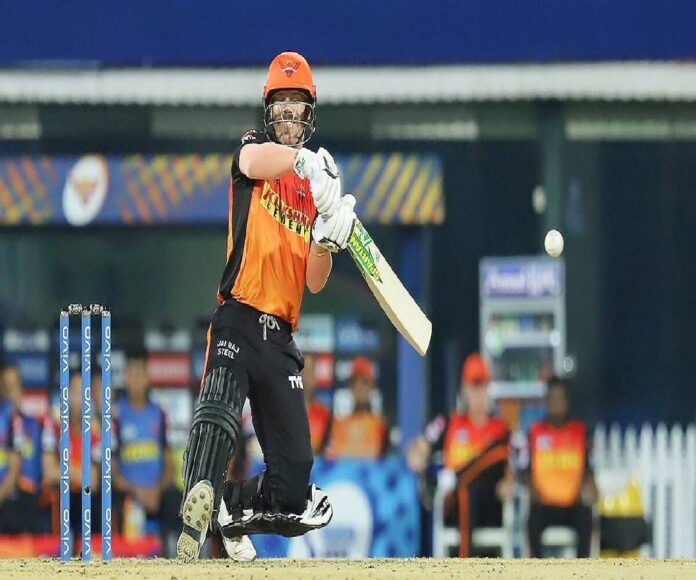 The first three matches into IPL 2021 and Sunrisers Hyderabad (SRH) find themselves with zero points, with their flaws exposed and tactics outsmarted. What went wrong for them and why is that likely to continue?

SRH Captain David Warner surprised by his team’s winless streak in the Indian Premier League (IPL) and demanded “smart cricket” from his side after their third successive defeat in Saturday’s match against Mumbai Indians.

For the third match in a row, the 2016 champions failed to pull off a chase despite looking in a strong position to win the contest against defending champions Mumbai.

“I don’t know how to take that,” a disappointed Warner said as SRH remain rooted to the bottom of the points table after their worst start to the tournament.

Here are some strong reasons for losing matches:

1. First things first, the root problem for Sunrisers Hyderabad stemmed in January this year when they submitted their retention list that included the releases of Billy Stanlake and Fabian Allen, two diverse cricketers who could have served them well. They could, of course, make up for it in the auction, but ended up picking Mujeeb-ur-Rahman, Jagadeesha Suchith and Kedar Jadhav, three players unlikely to get game time, let alone play a major role, for them in the season.

2. The lack of hit-the-deck quicks, a new-age requirement in the IPL and the absence of good middle-order hitters made their team suspect. They had an opportunity to fix that when Mitchell Marsh went down injured ahead of the season. However, SRH ended up adding to their problems by bringing in Jason Roy, another player that does not quite fit their actual requirements.

This imbalance is likely to cause them problems throughout the tournament.

3. Chepauk has traditionally been a slow wicket and from the very first game of the season between Royal Challengers Bangalore and Mumbai Indians. It was evident that the pitch slowed down considerably towards the end, making batting difficult against the softer ball. RCB scraped through on the back of an ‘AB special’, but Sunrisers stuck to chasing in both their games after winning the toss, even when it was fairly clear after their first match that the task gets meaner towards the end.

With their XI being top-heavy and bowling reliant, SRH had a better chance of winning at least one game, if not both, if they had set targets instead. They may have a chance to rectify that in the three remaining matches at Chepauk, but the fact that Trevor Bayliss and David Warner defending that decision suggests SRH they might choose to chase again.

4. Kane Williamson’s injury and Mohammad Nabi’s suspected concussion after game one did not help, but SRH could have lined up better for certain. That the likes of Wriddhiman Saha, Manish Pandey and Vijay Shankar are all in the same XI makes their batting line-up uncertain. The likes of Abhishek Sharma, highly talented all-rounder, and Priyam Garg are warming the bench. On top of this, they muddled up their batting order by sending Vijay Shankar over Abdul Samad against KKR when an early entry for Samad, a known six-hitter, could have potentially won them the game.

5. Manish Pandey’s two knocks in the season consumed 44 and 39 balls respectively in the SRH’s run chases, yielding underwhelming returns. His striking range and ability to force the pace has been in question for a couple of seasons now. Manish has played 30-plus balls in 14 innings for SRH and on 11 of those occasions, they have lost.

SRH seem to have not addressed that issue and have compounded it instead. With Bairstow coming in at No.4, Manish could be slotted in as an opener where the Powerplay restrictions could help him score briskly. However, both batsmen seem to be playing in the middle order right now.

6. SRH have always built around a strong bowling core, but this season, aside from Rashid Khan, the bowling has stood out like a sore thumb. Bhuvneshwar Kumar, off the back of a fantastic series for India against England, has been losing his length way too often. He has conceded 30 runs in the two death overs he’s bowled so far this year. Kumar hasn’t conceded too many runs in the opening overs, but with him picking up a solitary wicket in four Powerplay overs across two games, SRH have been banking on Rashid to make inroads into the opposition line-up.

Natarajan was a sensation in his first IPL season in 2020, but the honeymoon period seems to have ended. His lack of pace and familiarity has helped batsmen adapt to his yorkers. With his impact reduced in the death, teams have stolen crucial runs in the last few overs at a venue where finishing has been tough. #KhabarLive #hydnews