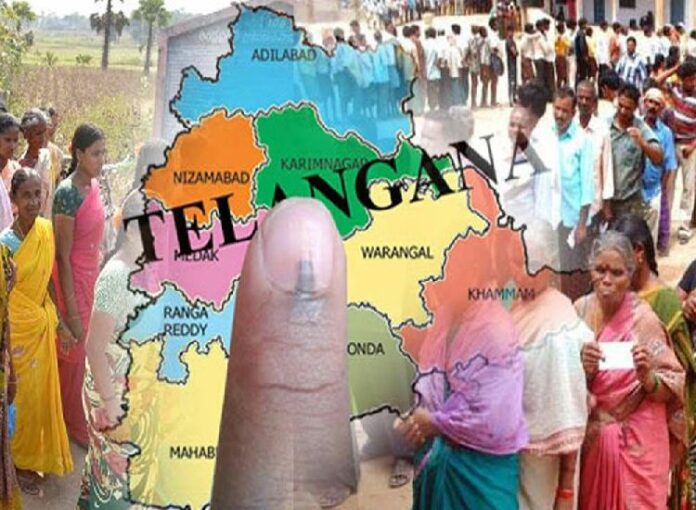 This year 2021 will witness hectic political activity as all parties will be on their toes as it promises to be a year full of elections and termed as litmus test for ruling government.

The series of elections would begin with the polls for the two MLC seats under the Graduates’ constituency quota, preparations for the bypoll to Nagarjuna Sagar constituency and seven municipalities, including Warangal and Khammam.

As part of the election preparations, the State Assembly Secretariat has already submitted a report to the EC for the conduct of elections to the MLC seats under MLA and local body quota . State Legislative Council Chairman G Sukhndar Reddy , Vice-Chairman N Vidyasagar Rao and TRS senior leaders – K Srihari, B Venkateswarlu, Mohd Fariduddin and Akula Lalitha’s term would end in June this year. All of them were elected under the MLA quota in 2015.

Since the government has begun the exercise for the delimitation process, it is expected that the State Election Commission would issue notification for elections to seven municipalities, including Siddipet, Achampet, Nakirekal, Jadcherla and Kottur is likely to be issued after budget session of the state Assembly in April this year.

Elections to the six MLC seats under the MLA quota would be held in May. In November, the commission would announce a schedule to fill 12 MLC posts under the local body quota. “The TRS has required a number of MLAs to retain all the MLC seats under legislators quota. In the local body quota, the TRS will have to face the Congress and BJP in Nalgonda, Mahbubnagar, Karimnagar and Rangareddy districts.

Meanwhile, all parties are trying their best to win the two MLC seats under the graduate quota for which the elections would be held on March 14. The Congress has fielded G Chinna Reddy as the party candidate for Hyderabad – Rangareddy- Mahbubnagar graduate constituency and another Congress senior leader T Ramulu Naik will fight from Nalgonda – Warangal- Khammam constituency.

Leaders predict it would be a multi-corner fight as the left-wing parties and also Telangana Jana Samithi leader Prof Kodandaram are also testing the waters this time. #KhabarLive #hydnews