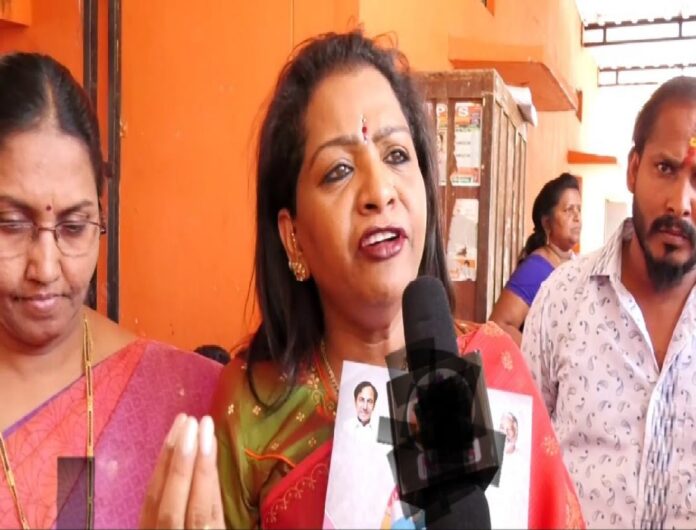 It is very much evident that the ruling Telangana Rashtra Samithi appears to be playing the same old tricks it has been playing for the last six years to improve its strength in the Greater Hyderabad Municipal Corporation.

On Monday, Hyderabad Mayor Gadwal Vijayalakshmi made a ‘sensational comment’ that several of the corporators belonging to the Bharatiya Janata Party were in touch with her and were evincing interest in joining the TRS.

She said she would take up developmental works in the divisions won by these BJP corporators and help them in all means.

She would come out with a plan of action by the time GHMC council meeting is held by this month end or the first week of next month.

The TRS doesn’t have absolute majority in the GHMC, as it won only 56 out of 150 divisions in the city. The BJP which won 48 divisions has given a tough fight to the TRS.

The ruling party had no chance to win the Mayor and Deputy Mayor posts even with the help of co-option votes and finally, it had to depend on the MIM support.

So, it appears the TRS leaders are trying to engineer defection of the BJP corporators into the ruling party so that it could absolute majority at the earliest. It means, at least 20 BJP corporators have to jump the fence into the TRS.

The TRS is likely to lure the BJP corporators either with money or with developmental works in their divisions, where they would get a big share.

After coming to power in the state in 2014, too, the TRS played the same trick to improve its strength in the assembly. The TRS won only 63 MLAs, just three more than the absolute majority. So, it lured a dozen of the TDP members and another 10 Congress members, besides two YSRC members and two independents.

Let us see, whether the TRS tricks will succeed in the GHMC. #KhabarLive #hydnews