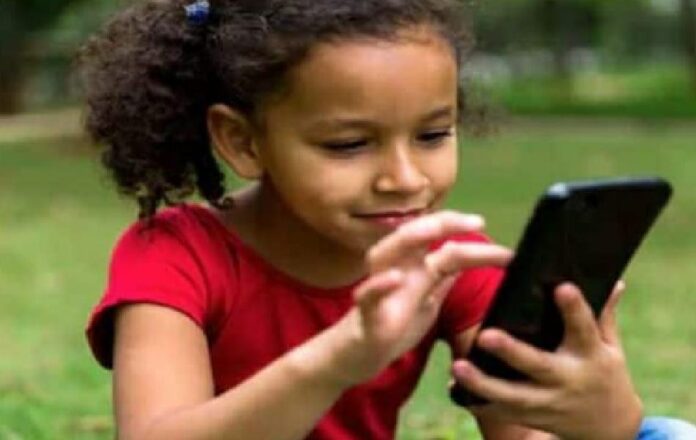 Many kids nowadays are addicted to mobile phones. How many times have you come across a toddler glued to a smartphone screen while eating?

This is a trend that is catching on and the blame lies entirely on parents. After all, it is the easy way out if your kid is throwing a tantrum or needs some entertainment. But this can have serious implications.

Reducing general screen time will not make people happier. Instead people should address their worries and fears about smartphone usage, say reaserchers.

As schools remain closed due to the pandemic, kids are spending hours on computers or smartphones to attend online classes. But for many kids, smartphones have also become their buddy in their free time. Ironically, some busy parents are also giving tablets and smartphones to their kids to make them busy and quiet. Researchers have linked excessive phone use in children to a host of negative health effects, making parents worried about their children.

Here’s a news that will give you some relief – A new study has revealed that time spent on the smartphone is not related to poor mental health.

A person’s daily smartphone pickups or screen time did not predict anxiety, depression, or stress symptoms, said the study published in the journal ‘Technology, Mind, and Behavior.’

Reducing Screen Time Will Not Make People Happier
The research team, led by Heather Shaw from the Lancaster University in the UK, measured the time spent on smartphones by 199 iPhone users and 46 Android users for one week. They asked the participants about their mental and physical health and used clinical scales that measure anxiety and depression symptoms.

Surprisingly, they found no link between the amount of time spent on the smartphone and poor mental health. Instead, it was the concerns and worries felt by participants about their own smartphone usage that affected their mental health, they claimed.

“Our results add to a growing body of research that suggests reducing general screen time will not make people happier,” quoted study author David Ellis from the University of Bath as saying.

The researchers believe that people would benefit from measures to address their worries and fears about time spent using phones, rather than digital detox.

Health Risks Linked To Excessive Phone Use
According to a study, students who spend five or more hours on phone daily are prone to a higher risk of obesity and are likely to have other lifestyle habits that increase the risk of heart disease.

This is because spending too much time using the smartphone facilitates sedentary behaviours, reduces physical activities, increases consumption of sugary drinks, fast food, sweets, and snacks. These unhealthy habits can up the risk of premature death, diabetes, heart disease and different types of cancer later in life, the study noted.

Smartphone dependency has also been linked to symptoms of depression and loneliness. However, it’s been unclear whether reliance on smartphones leads to those symptoms, or depressed or lonely people are more likely to become dependent on their phones. It is actually the

A study from the University of Arizona, published in the Journal of Adolescent Health, claimed that a person’s reliance on his or her smartphone predicts greater loneliness and depressive symptoms, as opposed to the other way around.

ALSO READ:  Telangana Tourism Spots On A Magical Tryst With Travelers And Tourists

Since some research has indicated that people turn to their phones to relieve stress, the University of Arizona researchers suggested that managing stress might be helpful in reducing smartphone dependency.

Another study published in the Journal of the American Medical Association in 2018 warned that children who spend too much time using smartphones and other digital devices are prone to psychiatric problems.

The study by a team of USC scientists found that heavy users of digital devices are twice as likely as infrequent users to show symptoms of attention-deficit/hyperactivity disorder (ADHD).

Some experts have also cautioned that gazing at tiny screens for hours can take a toll on our vision, posture, soft tissues and sleep.

Take Away
Even if the mobile phone usage doesn’t affect the mental health of children, limiting their screen time may have multiple health benefits. For example, it may help reduce sedentary time and ensure quality sleep in young children. This in turn will improve their physical, mental health and wellbeing, as well as help prevent childhood obesity and associated diseases later in life. #KhabarLive #hydnews