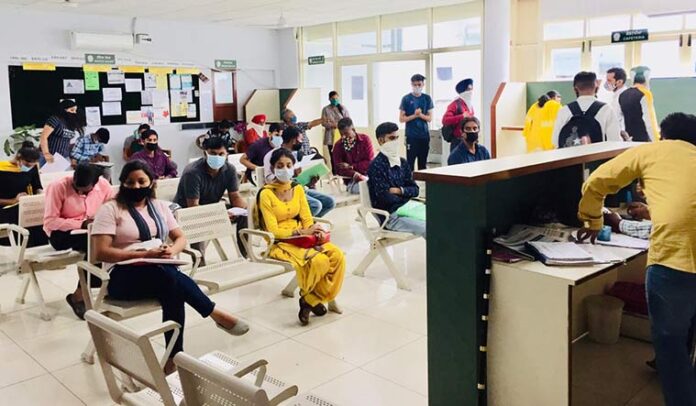 Last year’s hasty and unplanned lockdown had already led to massive job losses across the sectors and a repeat must be avoided at all costs.

The fresh restrictions, imposed in different parts of the country in the wake of a virulent Covid-19 second wave, have a serious consequence: vanishing jobs. The trend is already discernible. The job losses across sectors have been massive, similar to the pattern witnessed last year following the outbreak of the pandemic.

Data released by the Centre for Monitoring Indian Economy (CMIE), a Hyderabad-based think tank, suggests that unemployment has again started rising in the country, touching 8.6% for the week ending April 11. This is a sharp rise from 6.7% two weeks ago. With migrant labourers returning to their native places, the impact seems to be more severe in urban areas where the unemployment rate is now reaching 10%.

There are fears that the surge in fresh coronavirus infections could severely impact businesses and will lead to a sharp rise in job losses. As a consequence of this, India’s economic recovery could be delayed further. The solution lies not in imposing fresh lockdowns but in accelerating the pace of vaccination drive and enforcing strict compliance with the Covid-19 protocol: masks, social distancing and hand hygiene.

The strict nationwide lockdown, a hasty and unplanned one, to contain the virus spread, had led to widespread devastation last year. The unemployment rate shot up sharply as millions of workers were rendered jobless and small business collapsed due to the lockdown. The impact has been particularly devastating on sectors like hospitality, aviation, tourism and travel, leading to massive job losses.

If the resurgence of cases is not contained quickly, the damage it could cause to the sluggishly recovering economy could be catastrophic. When India had a booming growth in 2016-17, it earned the distinction of being the fastest growing major economy in the world.

However, even at that time, experts had flagged the issue of jobless growth. The country’s rate of jobless growth had emerged as a top concern among economists who had repeatedly questioned how jobs were not growing as fast as the country’s gross domestic product (GDP). The jobless growth could severely impact an economy which depends heavily on the middle-class population engaged primarily in salaried jobs and entrepreneurship.

Despite a steady increase in the number of entrepreneurs in India over the years, it did not add more salaried jobs. #KhabarLive #hydnews