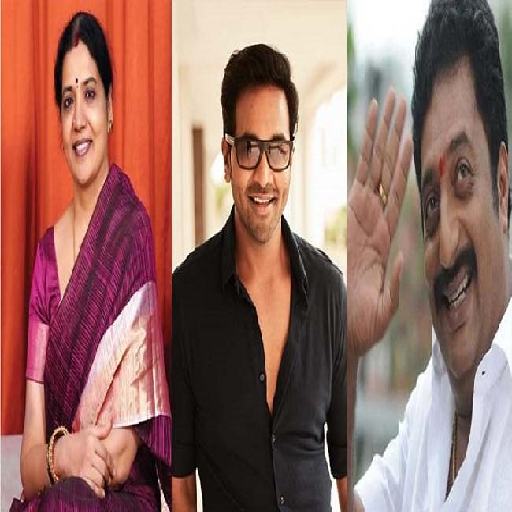 Always elections in Tollywood makes the headlines,  this time too bigwigs agenda is Caste Politics. And contesting aspirants are started playing cards to establish their supremacy.

It appears that the hungama of MAA elections has started all of a sudden. But the process started three months ago as per the sources.

Prakash Raj has been trying to become MAA President for the last three years. He used the latest promotion interviews of Vakeel Saab as a foundation for this as per the reliable sources. He tried to brush off all the political differences he had with Pawan Kalyan in those interviews. He also took Chiranjeevi’s permission to contest the MAA election at that time.

On the other hand sitting President Naresh also moved his pawns at the right time. He has been taking care not to lose his cadre and members by supporting them during both the waves of pandemic. He lined up Manchu Vishnu as his successor to continue his hold on the MAA. Naresh is now using his experience for Vishnu.  He sent Vishnu to grab the support of Krishna and Krishnam Raju first.  Nagababu, who supported Naresh in the last election is with Prakash Raj this time.

He is trying to enlighten the members with unity in diversity as there shouldn’t be any regional differences among the artsites. Though it is going to be an interesting fight, sources say that the actors and actresses are not in sync with Prakash Raj’s candidature.

There is  a talk that Prakash Raj never mingles with members but stays reserved. Above that he is controversial. Had it been some other person from Mega Camp the situation would be different. Similarly, without the support of Naresh to Vishnu, the scene would be something else.

Analyzing everything, it looks like Vishnu has the edge. But it is already established that the mega camp is behind Prakash Raj. So if that camp takes this as prestigious, then we have to see how the total thing turns up.

The forthcoming elections to the Tollywood’s Movie Artistes’ Association (MAA), though traditionally seen as a battle for supremacy between Kammas and Kapus, could be vastly different this time, with actor Prakash Raj, who belongs to neither community and who is known for his staunch support for freedom of expression, being the front-runner for the president’s post. In a parallel move aimed at splitting women’s votes, candidates backed respectively by camps of the ‘Dialogue King’ and ‘Mega Star’, rivals in real life, are also in the fray on either side of the Kamma-Kapu divide.

A lot of heat has already been generated, though the main fight in the elections, scheduled for September, is confined largely to candidates supported by Kamma and Kapu communities.

Although Tollywood scripts sing paeans to a society that is beyond class and caste barriers, and top heroes claim that they are above partisan politics or caste/class feelings, it is an open secret that the industry has strong roots in casteism.

The Kapus of the industry have projected Prakash Raj, a Tollywood star of Kannada origin, while the Kammas have rallied behind Manchu Vishnu, son of Mohan Babu, for the MAA president’s post.

The surprising element in the whole episode is the fact that the Kaapu section of the industry has propped Prakash Raj, who does not belong to either Kaapu or Kamma community. This prompted the rival group to back Manchu Vishnu.

On Monday morning, Mohan Babu and Manchu Vishnu reportedly had consultations with Super Star Krishna. By evening Manchu Vishnu claimed that he was very much in the race for the top post, indicating he also has blessings of those following Krishna.

The MAA elections are fought without any manifestoes. Prakash Raj has assured members that, if elected as president of MAA, he would ensure that MAA has its own building and also promised to resolve all problems of workers.  But Prakash Raj has no broad support among the association members.  For the first time, an actor who does not belong to either Kapu or Kamma community is contesting for the MAA president post.

What weighs strongly in favour of Prakash Raj is that he mingles with Tollywood actors. In sharp contrast, Manchu Vishnu does not mingle with industry people and is relatively young. Industry sources described both of them as ‘inaccessible’. While Prakash Raj lives in Chennai, Vishnu resides mostly in Tirupati. However, many members are inclined towards Prakash Raj as he is deemed mature politically.

That Mega Star Chiranjeevi wields considerable influence in the 1,600-member body is an open secret. In fact, whoever has the blessings of the ‘Chiranjeevi compound’ is likely to become the MAA president. Recently, Naga Babu, brother of Chiranjeevi, pledged his support to Prakash Raj.  This gives clear indications that Chiranjeevi’s compound has extended full support to Prakash Raj. Immediately, Vishnu, along with father Mohan Babu, called on Super Star Krishna and apparently cemented his support. Besides, the current MAA president, Naresh, has pledged his support to Vishnu, indicating that Vishnu has backing of Kamma bigwigs.

Some time back, sparks flew between Chiranjeevi and Mohan Babu while sharing the dais at a industry function. The belligerent mood continued for many years. However, two years ago the two apparently patched up and even posed before camera claiming to be brothers and thereby bringing down curtain on the controversy.

As Prakash Raj and Vishnu compete for the top honours of the industry body, the MAA elections have once triggered politics between Kamma and Kaapu groups in the industry.

As Naga Babu went on record pledging his support to Prakash Raj, Jeevita Rajasekhar has offered to contest the MAA president’s post.
It is open secret that Chiranjeevi and Rajasekhar do not see eye to eye. Jeevita Rajasekhar’s claim has lent an interesting twist to the MAA election episode. The declaration has made Chiranjeevi plan a counter strategy by roping in lady comedian Hema, who has declared that she is also in the fray.  The objective is to split the women’s votes to marginalise Jeevita Rajasekhar, according to word doing rounds in Tollywood circles.

To what extent the non-local factor benefits the rivals of Prakash Raj, who has the blessings of Chiranjeevi, and to what extent remains to be seen.

All top heroes of Tollywood, in spite of groupism on caste lines, are moving close to the TRS. Mohan Babu family has good rapport with KTR. Prakash Raj supported the TRS prior to the last elections.  Chiranjeevi’s son Ramcharan and his daughter-in-law Upasana maintain close ties with KTR. In fact, the Tollywood industry maintains good rapport with KTR and Minister for Cinematography Talasani Srinivas Yadav. #KhabarLive #hydnews