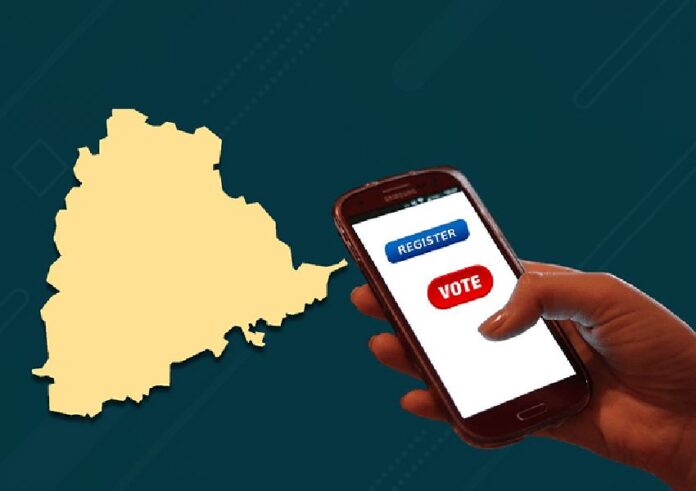 In a first of its kind exercise in the country, Telangana has developed smartphone-based e-Voting solution for a section of citizens who cannot come to polling stations to cast their vote.

The initiative has been driven by Telangana State Election Commission (TSEC) with the implementation support of Emerging Technologies Wing of ITE&C Department, Government of Telangana and the technical development by Centre for Development of Advanced Computing (CDAC).

The technical development has also been guided by an expert committee comprising Prof Rajat Moona, Director of IIT Bhilai and Technical advisor to ECI, and professors from IIT Bombay and IIT Delhi.

The TSEC partnered with Emerging Technologies Wing, whose mandate is to support GovTech projects, to initiate the development and deployment of project on a pilot basis by leveraging emerging technologies to ensure it meets the strict requirements of the voting process.

The solution has been successfully developed and tested, and it’s dry run in the form of a dummy election is being conducted in the Khammam district with the registration on the application open from 8th to 18th October, and the dummy voting on 20th October.

Although the initial scope was limited to a subset of citizens, the dry run is open for all citizens of the district.

“The solution leverages Artificial Intelligence for a three-factor authentication of valid voter viz. Name Matching with Aadhaar, Liveness Detection of Individual, and Image Matching with EPIC Database (with up to 15~20 year old records),” IT secretary Jayesh Ranjan said.

Further, Blockchain (Distributed Ledger) technology has been used to secure the de-identified and encrypted votes so that they are maintained as immutable record.

The smartphone application follows a minimalist design approach and supports both English and Telugu, and also has a detailed help section with tutorial videos and helpline number to aid the citizens.
The ‘TSEC eVote’ Android app, to be used for the dry run, is a Security Hardened Mobile Application to prevent tampering and also binds a device ID and phone number to a specific citizen registration process such that only the same device can be used during voting, thereby enhancing security by design itself.

Further, the entire process can be monitored and controlled by the admin using a web portal, wherein the generation/access of results is further protected with the requirement of a physical security token based decryption.

Additionally, the entire data is being stored in the State Date Centres (SDCs) as an added security consideration.

A dummy election will be held to test this application on 20 October in the Khammam district, and all eligible voters from the district can participate in it by applying on the app from 8 to 18 October.

The initiative for the e-voting system was taken by the Telangana State Election Commission (TSEC), and implemented with support from the Emerging Technologies Wing of the state’s IT Electronics and Communications Department, with technical development by the Centre for Development of Advanced Computing (CDAC).

According to a statement released by the Emerging Technologies Wing, which was also shared by IT Minister K.T. Rama Rao’s office, the mobile application will carry out a three-factor authentication of valid voters using artificial intelligence.

This includes matching voters’ names to their Aadhaar cards, live detection of individuals and matching their image with the EPIC (electoral photo identity cards) database with records dating back to 15 to 20 years.

It added: “The smartphone application follows a minimalist design approach and supports both English and Telugu, and also has a detailed help section with tutorial videos and helpline number to aid the citizens.”

However, experts such as former chief election commissioner S.Y. Quraishi have raised concerns over the perils of online voting and how easily it can be manipulated, “which is why the Election Commission of India has not considered it”.

The dry run will be carried out using the ‘TSEC eVote’ Android application, which is a “security hardened” app to prevent tampering, the statement noted. It also binds the device ID and phone number to a specific citizen during registration to ensure the same device is used for voting to enhance security.

The entire process will be monitored and controlled by the admin using a web portal, wherein the generation and access of results is further protected with the requirement of a physical security token-based decryption.

The data collected by the app will also be stored in the State Data Centres (SDCs) as an added security consideration.

“State Election Commission also derives its powers from the Constitution, so there is no approval as such needed from ECI when SEC wants to implement something new. And the eVoting solution is just in testing states, if we want to implement it or run a pilot project, the SEC will have to take consent of all political parties first,” Partha Sarathi told #KhabarLive.

When #KhabarLive reached the Election Commission of India over email for a comment, but did not receive any response till the publication of this report.

Warning about the pitfalls of this move, former CEC Quraishi told ThePrint: “Developing an app is a child’s play, the issue is with implementation and credibility. In a country where EVM technology, VVPAT technology (something that we pioneered in and in use after 40 years of experimentation) is being challenged in the Supreme Court, it would be foolish to think something like this would be accepted. Voting on the internet can be manipulated which is why ECI has not considered it.”

ALSO READ:  Why 'Five Overseas Players' Have To Justify Price Tag In IPL2020?

He added: “When you go to the polling booth, no one knows whom you are voting for. But with such apps, anyone can come home and bribe people or threaten them to vote for a certain candidate. Secrecy cannot be guaranteed at home.”

Srinivas Kodali, an independent researcher working on data and governance, also said if implemented, app-based voting poses a risk to the idea of a “secret ballot” and that “source code” of the app cannot ensure secrecy.

“The fundamental principle of holding elections in a free manner is via using the secret ballot and this move poses a risk to the idea of that. For instance, there is a bug and to fix it, the source code of the application will have to be looked at. How can they ensure secrecy in such a case?” Kodali told #KhabarLive.

“And there needs to be a public discussion when such decisions are taken and if the government wants to implement this, a government order should be passed. And why is the statement on this coming from a government office, should it not be solely Election Commission office? How can a government be so proactively involved in this?”

Kodali also pointed how Kenya’s electronic voting system in the 2017 Presidential Election created challenges. The country’s IEBC (Independent Electoral and Boundaries Commission), at that time, had said that an “unsuccessful attempt” to hack the voting system was made a week before the election. #KhabarLive #hydnews