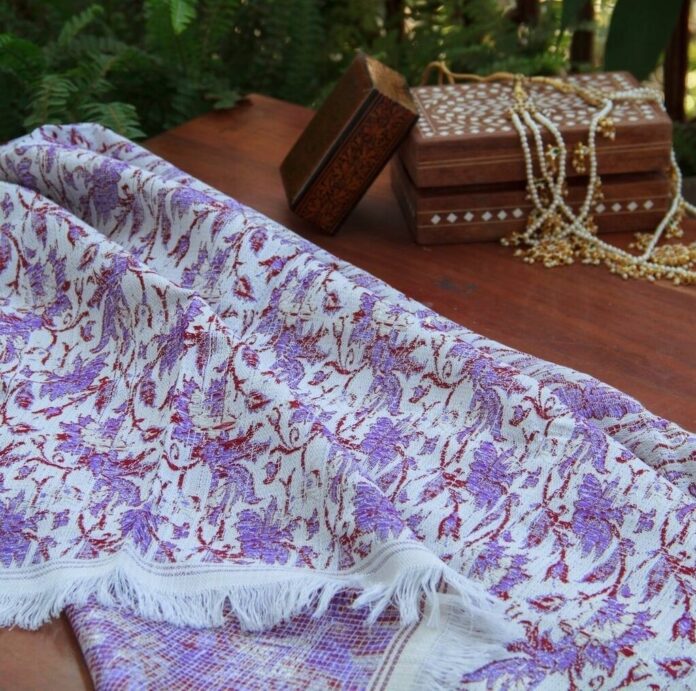 Unless fashion-conscious India is ready to pitch in, the country may lose one of its unique and traditional handwoven fabrics with a Persian flair, the Himroo.

After you are done with visiting the UNESCO World Heritage Sites of Ajanta and Ellora, after having done the local tours of Daulatabad fort, the Aurangabad caves, Panchakki and Bibi Ka Maqbara, tarry a while. Because a tour to Aurangabad is never complete without a visit to the few Himroo weavers’ workshops, which produce this legacy handloom textile, now on its way out, unless serious steps are taken to revive the business.

According to most records, the word Himroo originates from ‘hum-ruh’, the Persian word for ‘similar’. Made with silk and cotton threads, the fabric is a reinterpretation of the Persian weave Kinkhwab, which was made with gold and silver threads, and meant for royalty. It is said that after the Sultan of Delhi, Muhammad Bin Tughlaq’s attempt to shift the capital from Delhi to Daulatabad in the 14th century failed and he returned to Delhi, not all the people who had come with him went back.

Among those who didn’t were a group of master weavers. It is they who gave the world the Himroo fabric. The fabric, with its intricate Persian designs, glazed appearance and jewel tones, became a favourite with the royal as well as rich merchant families. “The finest fabric of the Deccan,” is how Marco Polo described Himroo, according to researchers.

However, the flourishing trade got a jolt during the British period when machine made and relatively cheaper textiles began to arrive. Even after independence, not much was done to revive the lot of the Himroo weavers. It was not easy for the handloom industry to compete with the power loom based one.

Some of the Himroo weavers adapted to weaving on the power loom but the finished product lacked the grace and the finesse of the handmade ones. As the older weavers died and the younger generation moved away to better paying jobs, according to media reports, the factories began to shut down.

The surviving custodians, aided by private organisations, have been trying to revive the legacy weave. LoomKatha, an organisation which produces ‘contemporary, fashionable and smart apparel…using heritage weaving techniques’, has been deeply involved with artists such as Abdul Hamid, Imran Qureshi and Aamer Qureshi. According to LoomKatha, while there were over 5,000 weavers active in Aurangabad district till the 1950s, only two remained by 2018.

However, just as the revival work started to take off, the pandemic struck. According to media reports, the COVID-19 pandemic, the lockdown and the lack of international tourists, has dealt a severe blow to the Himroo weavers. There is little demand for their traditional weave, which demands a stiff price owing to the hard work and time involved in producing the textile.

So, while Aurangabad may not see international travellers in the immediate future, it lies in the hands of the domestic travellers and fashion conscious society to save this legacy handloom from disappearing altogether. #KhabarLive #hydnews