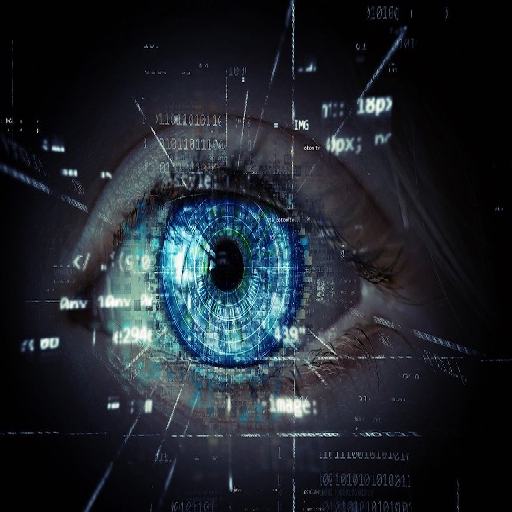 The act of insecurity makes the mark on government secular intentions. The audit is okay but targeting a particular community and investigating the beneficiaries and donors particulars is not good et-all.

Hundreds of Indian NGOs are in the midst of unprecedented audits by the government, triggering fears that prime minister Narendra Modi’s government—well known for its antipathy towards the non-profit sector—will eventually use its audit findings in actions or reprisals against specific organizations.

At least since January, government auditors have been paying visits to NGO offices, staying 10-14 days on each occasion to comb through financial records. In several cases, according to interviews with executives and accountants in the non-profit sector, the visiting auditors also asked pointed questions about Muslim employees and beneficiaries, and about the political allegiances of NGO staff.

Roughly 22,000 NGOs are currently licensed to receive foreign donations. Later this year, most of these NGOs have to apply to renew their licenses under the Foreign Contributions Regulation Act (FCRA), a clunky and often ambiguous piece of legislation. “Naturally there’s a huge amount of anxiety across the sector that, at the moment of renewal, these audits could be used in some kind of vendetta,” said Amitabh Behar, the CEO of Oxfam India.

In 2018-19, Indian NGOs received 163 billion rupees ($2.2 billion) in foreign donations. Last September, the Modi government, forever suspicious of “foreign hands” meddling in Indian affairs, amended the FCRA law to restrict how NGOs could use their foreign funds. The amendments introduced more red tape into NGO operations. NGOs are finding it so difficult to function, in fact, that a coalition of 43 NGOs wrote to the home ministry in May, urging the relaxation of these new amendments in order to speed up Covid-19 relief work in the middle of the crisis.

The ministry, which oversees FCRA licensing, did not respond to #KhabarLive requests for comment. Accountants and NGO officials asked to speak anonymously, for fear that their comments will be used against their organizations.

Such government audits are not common. As in most countries, Indian NGOs file their accounts and financial reports regularly, and their books can come under the state’s scrutiny only if someone has raised a specific complaint about the NGO’s finances. This year, though, around 300 NGOs have received letters from the home ministry to announce an audit. (The number is an estimate based on numerous conversations with non-profit accountants and NGOs.) The form letter merely states that, “after a preliminary scrutiny of the Annual Returns submitted online,” the government “has reasonable cause to believe” that some FCRA rules are being broken.

“They should be specifying some particular reason, but the letter doesn’t even say what fault the NGO is supposed to have committed,” one New Delhi-based accountant, who works for several NGOs, said. “I’m surprised no one has challenged this in court yet.” An accountant in Kolkata, who advises a non-profit in that city, said that NGOs didn’t want to take the chance of asking the government what rules it is supposed to have broken. “Everyone is worried about their FCRA license renewal.”

When the auditors turned up—usually in threes—they were polite and professional in their conduct, so the process itself didn’t feel like outright harassment, the officials of several NGOs said. The problems lay in some of the questions they asked, and in what the answers to those questions might mean.

The executive director of one Delhi-based NGO, which makes grants to several smaller non-profits, described the audit of his books a couple of months ago. “We got no information about whether there was a complaint against us or what the complaint was,” he said. “They just told us to collect a humongous pile of documents and be ready.” He protested that India was in the midst of a second wave of Covid-19, and that it wasn’t the safest time for such a visit. “We were told we had no option.”

Before the auditors arrived, the executive director had made a small bet with his colleague: that he could pick out a dozen of their beneficiaries whom the auditors would certainly ask about. He compiled his dozen: organizations that benefited Muslims, or the lowest Hindu castes known as Dalits, or groups that supported independent journalism. The auditors asked for files on nine of the 12 he’d predicted and asked questions about them: why they were given money, how much money they got, what they spent it on.

In total, the auditors asked for files on around 100 beneficiaries. The auditors told him, the executive director said, that they’d been asked to look for evidence of money disbursed to Muslim or Dalit groups, or to groups that supported the farmers’ protests earlier this year, or to those that supported protests against India’s controversial citizenship bill in 2019.

A founder of another Delhi-based NGO, which works in the field of human rights and labor law, said that auditors asked him about his Muslim field workers. “Out of all our 280 or so employees, they singled out one Abdul Jabbar and said: ‘Show me the expenses he has filed,’” he said. “And they would look at the vouchers of his lunch, for instance: 2 rotis and daal.” Then they asked about another employee, a woman from Kashmir. “What is the message we’re getting here? That we shouldn’t employ Muslims?”

During their 10 days in the office, in early March, the auditors also asked about his opinion on the farmer protests. “They asked if any activity we fund has a link to that,” he said. Even though his NGO is a quarter-century old, he said, he had only faced government scrutiny over his operations once in the past, when some confusion arose over the accounting of travel expenses.

Not every NGO reported questions about Muslim beneficiaries or employees. But the auditors’ mission to determine if NGOs had any kind of political leanings was a common thread through every story. According to a Supreme Court ruling, NGOs can receive foreign funds as long as they don’t take part in “active politics.” The problem is, said one Delhi-based accountant who works with several major donor agencies: “What the hell is active politics?”

Similarly, the FCRA law allows NGOs to take in donations from overseas only if they have a “cultural, economic, educational, religious, or social program.” The accountant in Delhi wondered: “What is a social program? These are just terms that were picked up, without any legal understanding. They haven’t defined it themselves.”

One major international NGO faced similar questions of philosophy during its audit. This non-profit operates in the fields of health, education, and livelihood, but the auditors saw some of this as “political” work. “They were getting alarmed at this and asked why we were doing all this political work,” the non-profit’s CEO said, “and they were surprised by some of the things I said about the rightward shift of Indian politics.” He had to explain to the auditors how, for instance, issues of caste inequality were also issues of livelihood.

The FCRA law is so full of verbal ambiguities, the Delhi-based accountant said, that it’s nearly impossible to function without occasional transgressions. “It’s like wandering around in a china shop with the lights off—you’re bound to break something or the other,” he said.

What worried him, as well as others, was that none of these NGOs had received the results of the audit yet—and with mere months to go before their FCRA licenses come up for renewal. “We can’t be sure that the results will be used fairly at all,” he said. “This feels like a quiet gathering of evidence. Once the government has all these audits, then it can cherry-pick what you like or what you don’t like, and it can act as it pleases.” #KhabarLive #hydnews