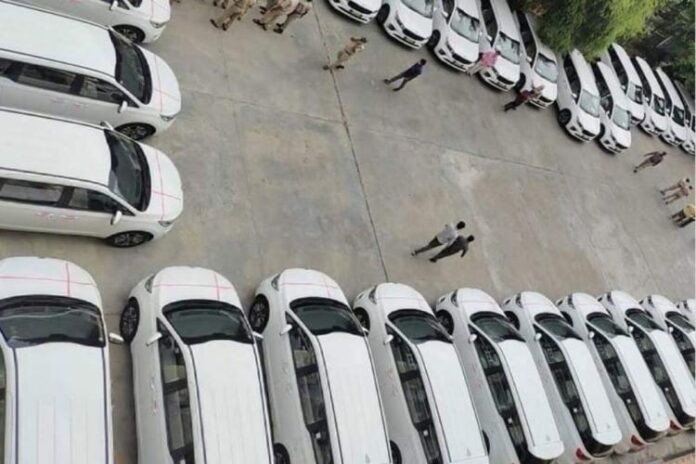 The million dollar question remained unanswered that hoe to justify the public money spending during pandemic. The cars, which were bought for the Additional Collectors are valued at around Rs 30 lakh each. The Congress and BJP accuse the TRS of wasting public money amidst the pandemic.

Slamming the decision of the Telangana government as ‘callous and  irresponsible,’ Congress National spokesperson, Sravan Dasoju alleged, “The TRS government led by KCR is completely irresponsible in handling public money. In the last seven years, KCR has pushed the surplus state of Telangana into a debt trap state with a whopping debt of Rs 4 lakh crore. And now when Telangana is facing a COVID-19 crisis, when the state is facing a serious financial crisis, KCR has the audacity to buy 32 KIA cars for the Additional Collectors. I am wondering if this government has colluded with KIA motors to provide them some financial relief during these COVID times.”

Similarly, the BJP also condemned the ‘splurging’ of public money on luxury vehicles ‘to appease the bureaucrats.’ CM KCR is indulging in this massive wastage of public money in the middle of a dangerous pandemic, while many poor people are dying of debt burden due to COVID-19 hospitalization. This decision to buy ultra luxury vehicles for Additional Collectors is horrendous and unthinkable in the current public health situation,” said BJP Telangana spokesperson Krishna Saagar Rao.

Krishna Saagar pointed out that recently Telangana Finance Minister Harish Rao made statements about the state losing massive revenue due to COVID-19 lockdowns and wanted to increase the Fiscal Responsibility and Budget Management Act to raise more loans. “BJP questions the Finance Minister’s bare minimum fiscal discipline in the current economic situation, as his department is releasing crores for ultra luxury vehicles. How can state finances be splurged like this? BJP feels this money could have been used to expand beds or provide free treatment to the poor, instead of wasting it on luxury vehicles for Additional Collectors.” #KhabarLive #hydnews