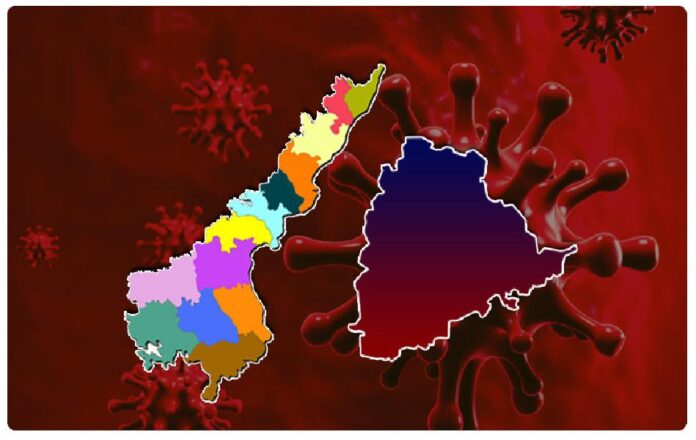 The Telugu States are witnessing huge surge in Covid-19 new variant cases and the governments are getting action in very slow pace to combat the situation. Result: increasing mortality and ineffective vaccination process.

As India records this year’s biggest spike of over 93,000 Covid-19 cases. Weekend lockdown, night curfew has become imminent in Maharashtra. Pune district alone saw a spike of 10,827 Covid-19 cases and 66 deaths. Centre is rushing health teams to assist Punjab and Chhattisgarh States where the surge is high.

Despite such alarming situation and reports that cases are on increase in the two Telugu States, the respective State governments seem to be blinking. ‘Track, Trace and Test’ concept remains on paper. Real data is being kept under wraps.

The State governments have no doubt created medical infrastructure last year when the pandemic broke out. But they do not seem to be putting to use even after the experience they had gained in handling the crisis that struck the world last year. No one wants another lockdown and another financial crisis.

The State governments which have not only gained experience in crisis management but are also armed with vaccine this year should have woken up early and taken up firm measures to take up special campaign to ensure that people do not say, “Mask Kaiku, corona tho margayana, Sarkar ne bol diya.”

But unfortunately, both governments are busy in conducting elections, calculating caste and religious equations and trying to outsmart the Opposition rather than control the spread of coronavirus. One also wonders if the review meetings with the Prime Minister or State Governor hold any sanctity.

It is left to the Health Ministers and officials to attend the meeting chaired by the Prime Minister and even if the Chief Minsters participate they read out the script handed over by the officials reeling out data about number of beds, doctors etc but no one highlights what unique measures they had taken or are taking to contain the spread of the virus.

No one shows the courage to say that even their own leaders were not following protocols in toto. No State government had taken any special drive to see that people go to vaccination centres. In case of polls, they would send SMS and vehicles for votes.

There are reports that in Andhra Pradesh some public representatives are organising huge blood donation camps on the eve of the birthday of the Chief Minister and claim that as against 1,000 donors who used to donate blood every year, this time another 27 people had joined them. This may help them win brownie points from the Chief Minister but, they are putting more and more people at risk.

ALSO READ:  Vaayu — The 'Hyderabadi Superhero' Making Waves All Over

Majority of people in both the Telugu States do not use masks. For them, their leaders are the role models. “Yatha Raja Thatha Praja.” Since adults do not use masks, children in the age group of 5 to 15 also do not wear masks. Reports indicate that these kids are proving to be the carriers. The States are repeating the mistake of last year and it cannot be excused in anyway or by anybody.

Initially it is fun, but one should know that when you repeat a mistake, it is not a mistake anymore: it’s a decision. And no government has the right to take decisions which would affect the lives of the common man and cripple him and the State financially. #KhabarLive #hydnews