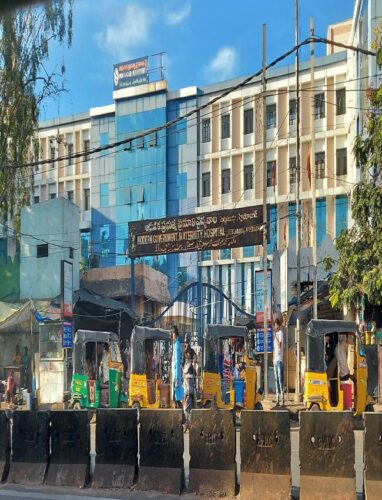 Corruption is rampant in all government hospitals in Hyderabad where they squeeze the gullible patients, and their attendants with a heavy price.Bribe giving has become a new normal in government hospitals. It’s almost impossible to get treatment without paying bribes.

In the wake of the Niloufer Hospital incident, there are many complaints being received in old city’s Petla Burj Maternity Hospital of  hospital staff harassing the patients and their attendants by preventing them to have access to the doctors.

If Bribe is not paid to the cleaning staff they do not clean the patient’s ward which could be perilous to the health of patients and children.

Many complaints were lodged against this inhuman treatment of the Hospital staff but no actions have taken against them.

Hospital authorities’ refrain is that if the staff do not perform their duty how could the Hospital function and render its services.   Thus these illegal acts are being ignored. Overlooking this illegal conduct of the staff is becoming the compulsion of the hospital administration.

The fourth-grade staff realizes that they are indispensable for the functioning of the hospital and hence they do not correct their unethical behaviour in extorting money from the patients and their attendants.

The Ministry of Health and the Hospital administration are fully aware of this situation. The IVth grade staff includes watchmen, lab and cleaning staff.

The patient attendant say that they need to spend Rs 300 to 500 for availing diagnosis. Those who are not not in a position to pay this amount as a bribe are prevented deliberately from meeting the doctors.

Similarly, those patients who are admitted in the hospital have to spend a minimum Rs. 300 daily. The patient’s attendants have to pay bribes to the watchman to enter into the hospital.  The cleaning staff are to be paid bribes for keeping the ward cleaned. Similarly or getting the medicines on time the palms of the paramedical staff have to be greased.

Whenever the patient’s attendants complain to the doctors about these corrupt practices they advise them to file a complaint to the hospital management in writing.

The  Hospital management instead of taking action on their oral complaints they blame the patients and their attendants for creating trouble. #KhabarLive #hydnews