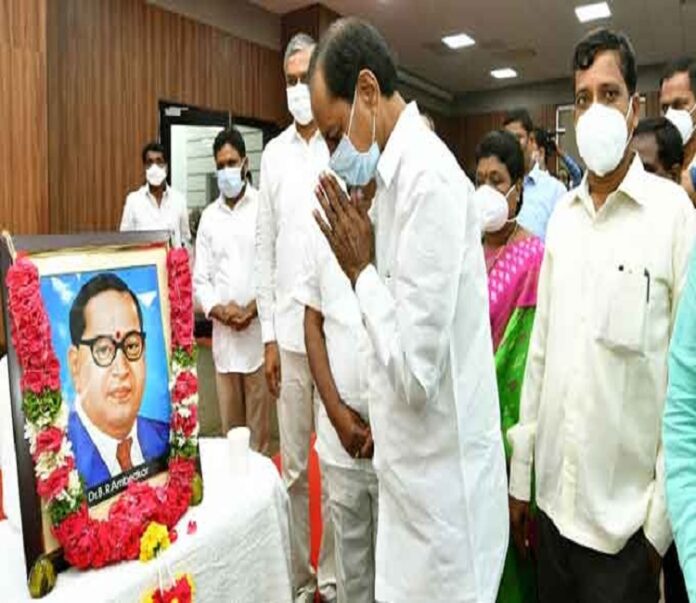 The TRS welfare scheme Dalit Bandhu is in confusion state to implement at ground level. The government is not issued any guidelines to authorities on identifying the beneficiaries,  adopting the procedures, documentation, release of funds, due diligence etc.

The State government started survey to ascertain the living economic status of dalit families in the villages spread across the State a day after Chief Minister K. Chandrasekhar Rao informally launched the prestigious scheme at his adopted village Vasalamarri in Yadadri-Bhongir district.

The survey teams are understood to have been given questionnaire asking about the details of caste (sub-caste), number of members, their educational qualifications, employment details, earning members in the family and other issues to ascertain the economic status of the families. The survey teams have been asked to submit their reports to the Chief Secretary through the MPDO/Additional Collector concerned before August 14.

The scheme, aimed at providing ₹10 lakh each to eligible families without bank guarantee, for starting their own entrepreneurship ventures is billed as the biggest cash transfer scheme in the country, if implemented. The scheme envisaged coverage of over 12 lakh out of the estimated 17 lakh dalit families in the State, involving direct transfer of ₹1 lakh crore.

Though the government had announced its intentions to launch a dalit empowerment programme during the current year in the budget session, its extent and guidelines like modalities that would be adopted for identification of beneficiaries were not finalized. Although the Chief Minister had been repeatedly asserting that the government would cover all eligible families in a phased manner, there is no clarity on the extent of its implementation.

ALSO READ:  Why 'Hyderabad Start-Ups' Recommending To Legalused The 'Cannabis Cultivation' In Telangana?

An all-party meeting convened by the Chief Minister in June endorsed its implementation for 100 families in each of the 119 Assembly constituencies involving ₹1,190 crore initially. But, the situation has changed since then with the Chief Minister announcing his resolve to cover all the eligible families, of course, in a phased manner.

Doubts are also being raised about the manner in which finances would be mobilised for implementation of the programme as it would further burden the government. The State is currently spending more than 50% of the budgetary resources on a string of welfare programmes, including the flagship Rythu Bandhu with an estimated cost of over ₹15,000 crore every year.

Senior officials said the operational guidelines could be finalised once the survey report was submitted as it would enable the officials concerned to assess the appropriate number of families that could be covered under the scheme and the budgetary outgo.

There could be some eliminations of creamy layer like families of government employees based on the survey which would form the basis for implementation of the scheme.

Steps would thereafter be taken for setting up centres for dalit enterprise in all the districts for skill development of aspiring entrepreneurs. A mechanism is being evolved for facilitating continuous monitoring of the progress made by the beneficiaries.

Towards this end, the government is actively considering setting up programme implementation teams at different levels, drawing surplus staff from different departments, and the officials concerned are reportedly sounded out in this regard. #KhabarLive #hydnews