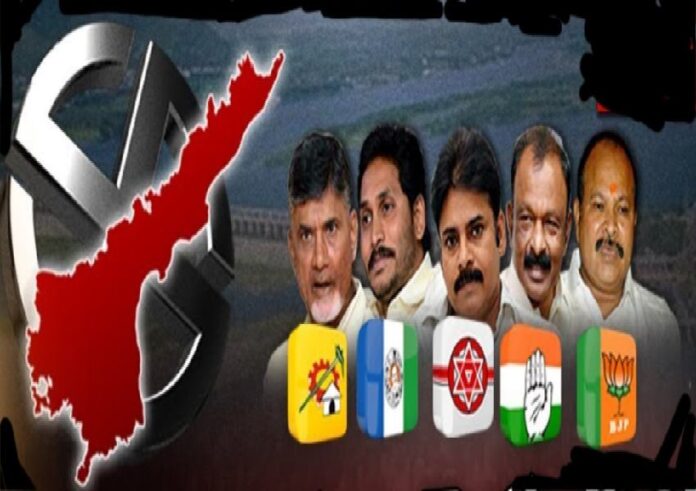 Now, it became a reality in politics that Andhra Pradesh may witness the Kapus rule in coming elections. The heat is rising and the sentiments are changing with political equations.

Striking while the iron is hot, actor Pawan Kalyan, having outgrown his stature as a ‘part-time politician’, has just appealed to the Kapu community (to which he belongs) to come forward to lead the ‘social combination’ that can grab the opportunity to rule the state, along with other backward and depressed classes. Kapu-centric politics may take the centre-stage in Andhra Pradesh for the 2024 elections, though the community per se is a divided house in the state.

The electorate may face many political equations in the 2024 Assembly elections, with the battle for supremacy continuing between the YSRCP and the Telugu Desam Party.

The prominent Reddy and Kamma communities are considered to be the only ones with ‘experience’ of ruling the combined state of Andhra Pradesh.

But they are not in good numbers as a proportion of the population. Together they account for approximately 20% of the total population of the state. Yet, their dominance in social structures has thrown up rulers from both the castes. At the same time, there has been some sort of dissatisfaction among people of backward & depressed classes, who constitute the majority of the population.

So, the feeling ‘votes are ours but seats are others’ is well-entrenched in their minds.  They have always lacked a ‘formidable driving force‘ to make visible gains politically.

So, unity among politically ‘like- minded’ sections has become a tall order, with various groups latching on to dominant political forces, particularly those of Reddys and Kammas.

ALSO READ:  Ace Cricketer 'Mahendra Singh Dhoni' - In A Class Of His Own

The Balija group in Rayalaseema is as strong as that of Kapus in coastal Andhra and they are having very strong presence in politics, though under the leadership of traditional ruling castes viz. Reddy and Kamma.

The emergence of some leaders, who also proved to be guiding force for these castes, was short-lived.  Vangaveeti Mohana Rangarao, former Congress legislator from Vijayawada (East), was considered an inspirational figure for the Kapu community. He was the moving spirit behind the mammoth rally of the Kapu community organised in Vijayawada on 10 July, 1988 that saw the participation of these communities’ leaders belonging to all political parties.

Former minister Mudragada Padmanabham, who had fought for quota for Kapus, was among the leaders present in the rally. Vangaveeti was then in jail and could not secure bail for attending the rally. It was clearly a show of strength for the Kapu community and the second such rally after the maiden one in Vijayawada in 1982. After Vangaveeti’s murder due to factional politics of Vijayawada in December 1988, Mudragada stepped in, thinking he could fill the void and managed to give some inspiration to the community. Yet, he is still struggling to sustain the stir for Kapu quota.

The torching of train bogies at Tuni, allegedly by miscreants who had masqueraded as members of the community attending the meeting, thwarted Mudragada’s plan to register the community’s protest in a conspicuous manner. He was blamed for “lack of planning”. He left the venue abruptly. Thereafter, the issues pertaining to quota for Kapus and their unity took a back seat.

Kapus, accounting for nearly 30% of the population, can be a formidable force if only they are united. Realising this, Reddy and Kamma groups have taken ‘precautionary measures’ to shatter the unity in the Kapu community by patronising the same groups that are present in both YSR Congress and Telugu Desam.

Reddys and Kammas sensed danger when actor Chiranjeevi launched Praja Rajyam Party(PRP) in 2008, with the Kapu community feeling rejuvenated. But due to lack of political foresight and strategies for political survival, his party bit the dust at the hustings in 2009, despite getting 70 lakh votes and 18 Assembly seats.

Later Chiranjeevi merged his outfit with the Congress, after consulting then Congress president Sonia Gandhi. After completion of his tenure as Rajya Sabha member belonging to the Congress (thanks to the merger), he has been maintaining political silence. Observers say he could have been the front runner in the 2014 elections had he protected the identity of PRP till then.

Now there is once again a ray of hope for the Kapu community with the emergence of hero Pawan Kalyan, younger brother of Chiranjeevi, who launched Jana Sena Party. The JSP is now friendly with BJP and is preparing to take on YSRC by aligning with like-minded parties. Noticeably, it is essential for TDP and JSP to join hands for taking on YSRCP in AP.  Presently both TDP and JSP are in perplexed condition. For, in the 2019 elections, the TDP lost power to YSRC and the ruling party got 151 Assembly seats and 22 Lok Sabha seats in AP.
Pawan Kalyan’s JSP could wrest only one seat and the hero himself lost the two seats he had contested to YSRC. Pawan Kalyan is once again active in politics. Political circles feel that this time the main aim of the Kapus is to arrest the split of their votes among parties. For the community, it pays to be united; so, if TDP and JSP unite tomorrow ‘for the sake of AP’, they stand a chance to make an impact.

ALSO READ:  Like Others In India, TRS Continues Trend To Denying 'Muslims' Political Space In Telangana

In the 2019 elections, YSRCP, which bagged 151 Assembly seats, got 1.56 crores votes and the TDP got 1.23 crores votes, while getting just 23 seats. That is 23 lakh votes brought about regime change. If one adds the vote share of JSP, the picture would be even better for the Kapu community.

TDP now cannot hope to return to power if it chooses to go alone. It will have to accommodate JSP.  If these two parties clinch a seat-sharing agreement, the majority of votes from the Kapu community may go to this probable combination. Hence, Pawan has openly requested the Kapu community to come forward in leading the backward and depressed sections of society towards power.

Hence, he became the target of fierce criticism from the ruling party, which accused him of playing politics in the name of caste. Pawan pointed to the ‘double standard’ of YSRCP in supporting the recent bandh, after having voted for the farm bills in Parliament. He also did ‘srama daan’ to repair roads, thus paving the way for his own political ascent. #KhabarLive #hydnews