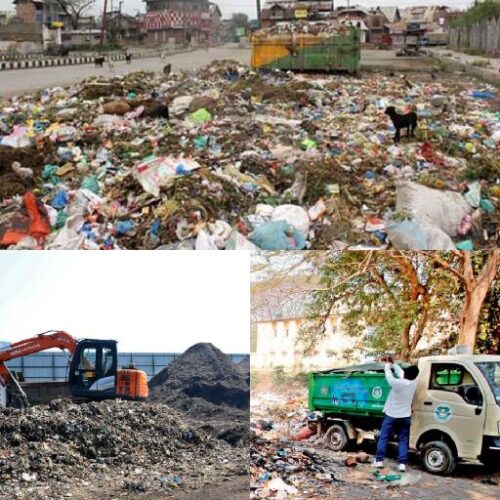 The welfare scheme floated online to get benefit the rural people, environment, Swachch Bharat and more by first government in Andhra Pradesh and now this scheme turned to be a ‘scam-in-waiting’ hurdle for present government.

The authorities have registered all ‘Garbage-to-Wealth creating centres’ online thereby giving an impression that they were completed two years back.

Wealth creation centres will be set up in select rural areas while panchayats would be adversely hit. Garbage-to-wealth creation centres were established by the previous government with the intention of transforming rural areas into clean garbage-free panchayats. The main objective of the scheme is to generate revenue for the panchayats by adding the garbage and waste collected in the villages to these centres, and duly converting them into compost.

However, while these works only created wealth for some, the panchayats were ultimately left in the lurch. Some of the structures initiated under the Rural Employment Guarantee Scheme remain incomplete. However, authorities have registered all these centres online thereby giving an impression that they were completed two years back. Ironically, bills for ‘works executed’ were also paid in full.

The fact of the matter is that incomplete structures are in a bad shape given the poor quality of construction material. It is noteworthy that even though public money has melted into crores, not a single wealth creation centre has come into practical use.

The government-sanctioned construction of 5796 wealth creation centres across the districts. Of these, 5794 centres have been completed, officials said online. In terms of constituencies, 100 were sanctioned in Railwaykoduru, 98 in Rajampet, 86 each in Badvel and Rayachoti, 103 in Pulivendula, 110 in Jammalamadugu, 31 in Proddatur, 91 each in Kamalapuram and Mydukur constituencies. Of these, one each in Jammalamadugu and Proddatur constituencies has not been completed, officials said on record. About Rs 33 crore was spent for this.

Bills should be sanctioned only if the work is done item by item in the estimate. But at the field level it was completely different scenario. In most cases, works remain incomplete but they are registered online as completed. Funds were credited to the accounts of the respective gram panchayats. Works are certified ‘of good quality’ despite the defective material.

Doors, doorways, and windows must be provided for rooms in centres but they are nowhere to be seen in some places. Yet, bills raised for the purpose have been cleared.

District water management authority officials said they would look into the construction of wealth creation centers and field-level deficiencies in bill payments. They said action would be taken if it was found that bills had been paid contrary to regulations. #KhabarLive #hydnews