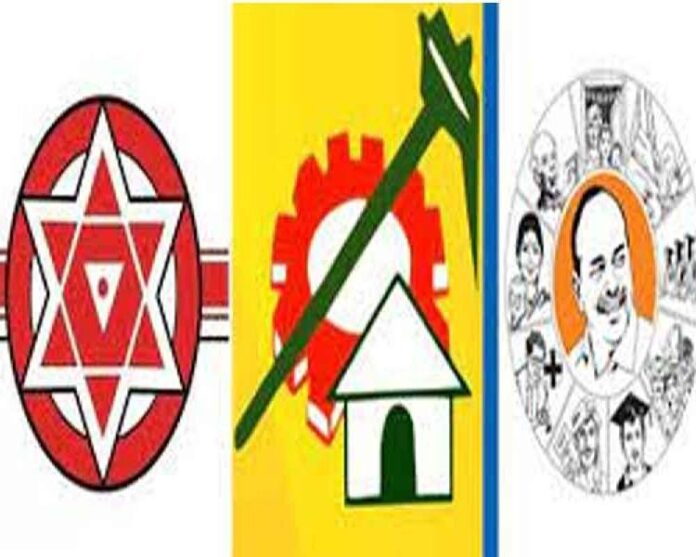 It seems the political activity begun in Andhra Pradesh for forthcoming elections. Almost all parties geared up for tough poll war. The stage is already set to combat the political challenges for all parties.

What started as small controversy pertaining to the decision of the Andhra Pradesh government to sell cinema tickets online seems to be leading towards a political war and challenges and counter challenges and at times the accusations are transgressing the levels of decency.

The scene one had witnessed at Press Club in Hyderabad was one such indecent incident and it does not seem to end there. Normally, the ruling party should exhibit extreme tolerance and the opposition parties while questioning the omissions and commissions of the government should know where to draw a line.

But of late particularly in the last one decade, the language of politics has undergone massive change. The language used at the press conference by film writer, actor and producer Posani Krishna Mohan in Hyderabad is something that cannot be accepted.

Political affiliations are personal choices. No one can question that. Supporting the decisions of the party in which one is also a good quality. But that does not mean that one has absolute freedom to refer to the family members or make comments on them.

Another interesting development is that some of the film industry leaders had informed the government that the comments made by Pawan Kalyan at a cinema pre-release function pertaining to sale of tickets by government were his personal and not of the industry. Fine it is understandable. But what about the abusive language used by Posani? Why the industry is silent on it? They should have condemned this as well.

Well this situation may not change so soon. But coming back to the political war that is on between the YSRCP and Jana Sena, the meeting of party workers chaired by Pawan Kalyan and the tone and tenor of his concluding speech which lasted over an hour clearly indicates that Pawan who has been dormant so far is now gearing up to strike back.

It remains to be seen whether he will succeed or not, but the indication is that some political realignments are being worked out. Pawan whose speeches are generally considered to be non-cohesive announced clear agenda saying party’s single point agenda is to win next elections. He resorted to direct criticism of the Chief Minister and alleged that the government was trying to divide everyone including film industry based on caste and community.

He reiterated that BJP had assured him that Amaravati will remain the capital and hence he had extended his support to BJP. He also found fault with the government adding the name of the Chief Minister to the welfare schemes. He said the schemes were being funded with public money. Why did Pawan chose this point of time to challenge the government?

On one hand Jagan is contemplating to go in for a total reshuffle of the cabinet and have an election result oriented cabinet so that YSRCP can come back to power. On the other, Pawan has openly come out and is trying to challenge the ruling party.

ALSO READ:  ‍Democracy Sans Decency Is The Hallmark of Campaign For Tirupati By-Elections In AP

He said he has been drawing the attention of the centre toward political situation in the state and the centre would take necessary action at appropriate time. In next elections YSRCP may not get more than 15 seats and that the people of the state will see the rule of Pandavas. Elect us and we will show you what development is and what maintaining law and order was.

What does that indicate? Is the BJP trying to fire its guns over the shoulders of Pawan? The BJP in Andhra Pradesh was never a force and even now it does not have a leadership which can really take on the YSRCP.

Pawan on the other hand has huge fan following and can at least create a flutter. He can deliver speeches laced with punch. This possibility, political analysts too do not rule out. One thing is clear that election heat seems to have been triggered in Andhra Pradesh. #KhabarLive #hydnews