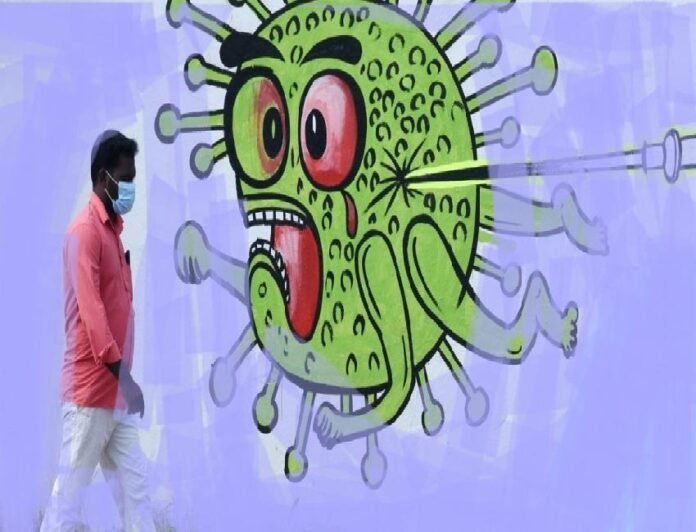 The Covid Third Wave seems to be more instrumental rather than a reality for policy makers and governments. A number of mathematical models have predicted a timeline for the third wave of Covid-19 in India, and this has likely had several unintended consequences.

A prediction from the State Bank of India (SBI) published on July 5 has projected that the third wave will likely begin in August and peak by September. In May, India’s principal scientific advisor K Vijay Raghavan had said that a third wave was “inevitable.” Since then, various studies have made similar predictions based on observing past pandemic trends in the country and the behaviour of viruses.

While these models may be useful for governments and policymakers to watch out for signs of rising Covid-19 infections—and escalate healthcare systems accordingly—its imminence has taken away the focus from India’s ongoing second wave.

For instance, residents of northern Indian cities like Delhi, where the second wave caused unprecedented levels of devastation, are out on vacation at popular hill stations like Manali and Shimla. Locals in Himalayan states like Himachal Pradesh fear that because of this tourism-led overcrowding the surge in Covid-19 cases could be higher than what is being officially reported. Local residents told India Today that tourists disregard Covid-safe norms and do not follow mask mandates.

This is particularly alarming given that India’s second wave of Covid-19 has not ended and India is still recording over 45,000 new cases every day. The Indian government, too, has responded to the latest third wave prediction with a view that the real challenge is to contain cases, whenever they begin to rise. “Instead of saying X study told this, Y study told this, what is critical is containing the infection whenever there is any surge in any part of the country,” Lav Agarwal, a joint secretary at the health ministry, said during a press conference on July 6 about SBI’s prediction.

Scientists studying the pandemic believe that there is no reason to think that a third wave is imminent, or the cases could rise even further. These predictions, for the most part, are only meant for policymakers and the healthcare sector to plan infrastructure.

On the other hand, Telangana issues guidelines for marriages, funerals; prohibits all other gatherings. The maximum number of persons allowed for wedding should not exceed 100 and the maximum persons allowed for funeral gatherings are 20. Telangana extends night curfew by a week, imposes curbs on public gatherings. Delhi bans public gatherings. Prohibits all types of gatherings, reduced size of weddings and funerals, running of public transport at half seating capacity and scaled down presence in government offices amid a surge in Covid-19 second wave cases .

Himachal reimposes curbs: Not more than 50 people at weddings, funerals, all other gatherings banned. These were some of the screaming banners in news papers both during the first and second wave of Covid.

When things went from bad to worse, everyone started saying that lowering down of Covid protocols had led to this pathetic situation. But the trillion dollar question is did the politicians and people learn any lesson? The answer is BIG NO. When the country was hit by first wave, people were caught unawares and did not know how to protect themselves till national lockdown was imposed. But once the lockdown was lifted people started behaving as if the Coronavirus does not exist anymore.

The politicians also started holding public meetings throwing all precautions to winds. We have seen the result. World Health Organisation and number of other studies have issued alerts of possible third wave. Some countries are already witnessing third wave and countries like Pakistan are into fourth wave.

But unfortunately people here in our country seem to refuse to learn any lesson though the number of deaths were fairly high during second wave and people suffered both in terms of health and wealth as they had to spend lakhs and lakhs of rupees on hospitals which were the only ones which made huge money and did not show any kind of humanitarian considerations even when the patient did not survive. While the extraordinary services rendered by the doctors and para medical staff needs to be admired and deserves standing ovation, the managements attitude was rather not so patient friendly.

Let us take for example of celebrations of day one of the Golconda Bonalu festival in Hyderabad. About one lakh devotees participated in the celebrations. The interest they had shown in taking selfies standing in front of Bonalu was not visible in following the safety norms like wearing masks or maintaining social distancing.

The Telangana government which imposed restrictions on gatherings for marriage and funerals surprisingly does permits holding of public meetings by party leaders. No social distancing is maintained at these meetings and again masks are the biggest casuality here.

The leaders may justify that such a situation prevails across the country. True, but by doing so are we not inviting the third wave. Why is it that the politicians and people are being so insensitive? Will the administration wake up at least now?  #KhabarLive #hydnews