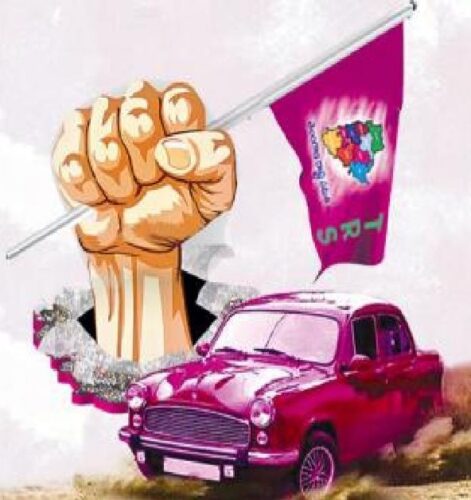 The political pundits predicts TRS Plenary strategy to be held on October 25 is likely to witness heated debate on issues like farm laws, power sector and shortage of coal and proposed amendments to cooperative act. The Plenary will seek KCR to take plunge into national politics. The TRS is likely to adopt resolutions on these subjects and lash at the Centre for taking anti-people decisions.

According to sources, while welfare and development are likely to be the major subjects to be discussed by the party leaders, the party is stressing on the need to target the Centre on the injustice to Telangana. One of the reasons for this strategy party leaders say is in view of the Huzurabad by-elections where BJP is giving a tough fight.

The party leaders are going to highlight the indifference meted out to the Telangana State alleging that the centre had failed to fulfil the promises made in the AP Reorganisation Act.

The speakers would raise issues like failure to set up Kazipet Coach Factory, Bayyaram Steel Factory, and Tribal University in Adilabad among other issues, a senior TRS leader said. The tone for this was set by Chief Minister K Chandrasekhar Rao during the recent Assembly session. He had targeted the Centre on Kisan Fasal Beema calling it a farce scheme and said that the State had a better scheme than the Centre. He also targeted the BJP leaders for claiming that the Centre gave more funds to the State. Chandrasekhar Rao said that the Centre gives very less compared to what it takes from the State. The Centre takes over Rs 2 lakh crore funds whereas it gave only Rs 42,000 crore during the last seven years.

Sources said that the resolutions explaining how good the welfare schemes launched by the government were would gain importance. Such speeches laced with sharp criticism of the Centre would be found during discussion on resolutions on agriculture policy, food processing industry, expansion of IT and Industry, administrative reforms etc. Dharani, SRDP, SNDP and others issues will highlight how pro-people and innovative the government has been.

The emphasis will be on claiming that the State has been a role model for the country. Special discussion on the Rythu Bandhu scheme is likely and good time will be allotted for it. This scheme was launched from Huzurabad. The possibility of leader after leader while praising the vision of the chief minister may appeal to KCR to enter national politics. Meanwhile, a joint meeting of TRS parliamentary and Assembly would be held at Telangana Bhavan on Sunday. The meeting would be a preparatory meeting for the plenary. #KhabarLive #hydnews

ALSO READ:  ‍‍The Essence Of Cricket - Battle Between 'Bat And Ball' When The 'Pitch' Becomes Turner