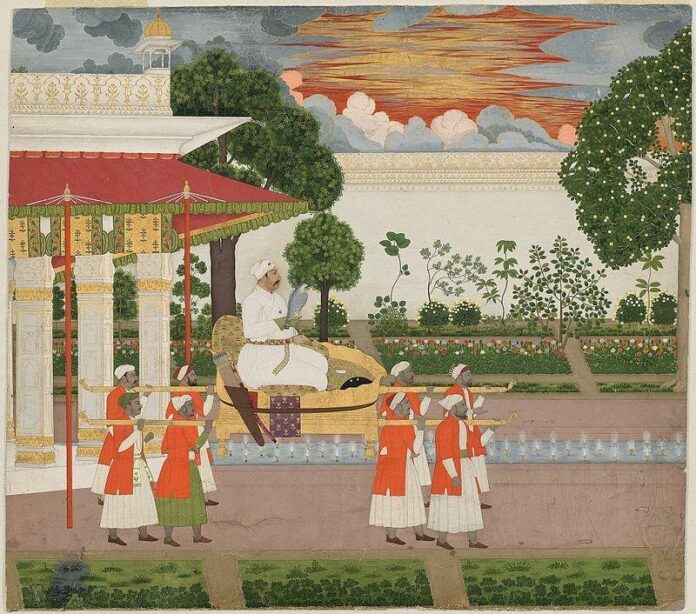 The birth of hindusrani music in the era of Akbar to Zafer dynasties Flourish double fold. Later it marks backseat due to several reasons.

He lost the Koh-i-Noor, the diamond now in England, but changed the Noor (light) of Indian culture. He lost the peacock throne adoring the Diwan-i-Khas of Delhi’s Lal Qila but sits on the pedestal of Hindustani classical music.

Such was Muhammad Shah, the thirteenth Mughal emperor, also known by his pen name Sadā Rangīla (ever joyous).

Even when he lost such supreme possessions of the Mughal Empire, he remained engrossed with the bandish composed in Raag Megh or the ethereal trance of Miyan Ki Malhar, showing scant regret for the losses.

That was the time when the best stars of Delhi Kalawant (an expert in musical art) Biradari or group, like Sadarang and Adarang, Niyamat Khan and Feroze Khan, adorned the Mughal Court.

Interestingly, the Delhi Kalawant Biradari developed both the musical traditions of Dhrupad and Khyal.

Sadarang furthered the Khayal Gayaki, thus successfully diminishing the craze of the centuries-old Dhrupad genre that had reached its apex in the 13th century CE.

Changing a centuries-old musical current is not that easy. But he did it.

Even today, most of the ‘classical’ Hindustani vocalists follow Sadarang’s tradition, renditions and musical notes. 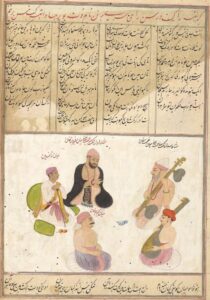 Muhammad Shah was not the only ruler who valued music more than his Takht-e-Taus or the peacock throne, his descendant Bahadur Shah Zafar also lost everything except music.

Like Rangeela Sultan, Zafar Badsha’s royal court also prided itself on the presence of Kalawants.

When we talk of the great musical contribution of Mughals from Akbar to Zafar, we find that great Kalawant Biradari were present in all of their royal courts.

The period of Akbar, some 400 years ago, saw the ascendance of Biradari that continued till Zafar’s time.

But most of us hardly have any idea of who they were, what their role was and where they are now.

The Biradari worked to evolve this classical or courtly genre of music that we have today.

Kalawant Biradari is particularly important for bringing the Khyal genre into prominence vis-à-vis Dhrupad, which is among the oldest documented genres of vocal music.

This is evident from the fact that we find Dhrupad as a term in Bharat Muni’s treatise Natyashastra composed around 200 B.C.

We are not sure about the exact era of musicologist Bharat Muni; it may have been between 200 BC and 200 AD. Whatever may be the age of Natyashastra, by the time of its composition Dhrupad was already a mature style.

For Sadarang to develop Khayal side by side with Dhrupad must not have been an easy task. His patron, Rangila Badshah, played a dominant role by supporting him.

Unlike Dhrupad which is referenced in the Natyashastra, we don’t have any written document on Khyal. However, it was apparently developing slowly several decades before Akbar. 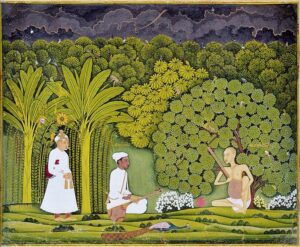 Though Akbar liked Dhrupad, there were some musicians in his court who were practising Khyal as well. To name a few, Suraj Khan, Chand Khan and Baz Bahadur of Akbar’s court were Khyal exponents.

But Akbar did not patronise it much. Emperor Jahangir also was a Dhrupad lover and did not like Khyal much. During the period of Shah Jehan also, Khyal was not very popular.

Then came Aurangzeb Alamgir at the throne of Delhi. People think of him as anti-music and say that he even banned it.

But this is what may be termed misinformation. He did ban music due to political reasons but his queens did patronize Kalawant Biradari.

Besides, Aurangzeb was an accomplished player of Veena himself.

A large number of books and manuscripts on Hindustani Ragas and Raginis were translated into Persian from Khariboli, Brajbhasha, Awadhi and old Hindi during his reign. Had he been an anti-music fanatic, that could not have happened.

Ras Baras Khan Kalawant even dedicated his book Shams-al-Aswat, written in 1689, to Aurangzeb. There is a need for further researches to reevaluate him to dispel many wrong notions about him.

After all, he was not against music.

It was the Rangila Badshah though who first patronized Khyal. Since the Badshah patronized Sadarang, Khyal soon started to spread its musical wings.

Music flew uninterrupted from Akbar to Zafar with Kalawant Biradari playing a supreme cultural role in it.

I embarked upon researching on this Biradari due to my mad infatuation of Niyamat Khan or Nemat Khan, the Sadarang and Sadarangile, the court musicians of Mughal King Muhammad Shah.

Though a large number of manuscripts and books have been written since the time of Abul Fazal, their translation from Persian to English is yet to be done. 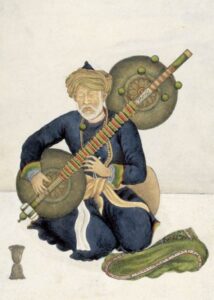 Schofield’s research on the hereditary Kalawant Biradari in relation to their patronization by different Mughal Emperors from Akbar to Zafar is exemplary.

Interestingly, the Hindustani gharanas would not have been as vibrant as they are today if this Biradari especially Sadarang were not present.

Allauddin Khilji, who ruled in the 13th century, was a great patron of many musically virtuous persons, including Gopal Nayak and Amir Khusrau. 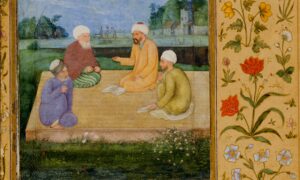 Khusro was a Sufi singer and a Dehlavi Kalawant. During Khilji’s period, the traditional and hereditary musical families existed in Delhi and other parts of North India and North-West India (today’s Afghanistan and Pakistan).

Gopal Nayak, one of the court musicians of Khilji, was an exponent of Dhrupad and translated original Dhrupad lyrics in Brijbhasha from Sanskrit. His Dhrupad songs were mainly composed on Lord Krishna.

Courtly Hindustani music started developing mainly from the time of Khilji with Amir Khusro playing a dominant role in it, together with Gopal Nayak.

It was at this time that Khusro developed Tarana, also known as Thillana, in the Carnatic genre.

Over the centuries, since the time of Khilji, the importance of Kalawant Biradari has increased. The existing musical trend in these genres is simply an extension of the Mughal tradition with a few changes.

The basics remain almost the same, as developed by Miyan Tansen of Akbar’s court and Sadarang-Adarang duo of Muhammad Shah Rangila’s days.

During the time of Mughal Badshah Jahandar Shah, Delhi Kalawant Biradari was known for musical prominence. Even Delhi’s dancing (and singing) girl, Lal Kunwar, who later became the wife of Emperor Jahandar Shah also was a Kalawant.

If a line is drawn from Akbar to Zafar, we find that during the Mughal days, a Kalawant’s Kala was judged from his ability to keep his audience’s attention for a long time.

The Kalawant Biradari is well recorded. We get their detail in Ain-i-Akbari of Abul Fazal, Hazar Dhrupad-i-Nayak Bakshi of Islam Khan.

The sprawl of Kalawant Biradari from Delhi to other parts also is quite interesting. Take Nepal, for instance.

Karim Sen, one of the descendants of Miyan Tansen, went to Kathmandu in 1788 and was the court singer there. His tambura still lies with the Maharaja of Nepal in Kathmandu.

Members of this large Biradari moved from Delhi to Varanasi, Lucknow, Allahabad, Bhopal, Darbhanga, Calcutta, Dhaka (now in Bangladesh), Lahore (now in Pakistan), Jammu and many other places.

During the rule of Asaf-ud-Doullah of Oudh, several Kalawants, including the relatives of Sadarang, went to Faizabad and subsequently to Lucknow.

Some of his descendant and their lineages, like Miyan Chajju Khan, Jivan Khan and Basit Khan, were settled in Lucknow. Some of them were under the patronage of King Wajid Ali Shah.

Incidentally, Sadarang is one among the Kalawant community who saw the carnage of Delhi by Nadir Shah. #KhabarLive #hydnews