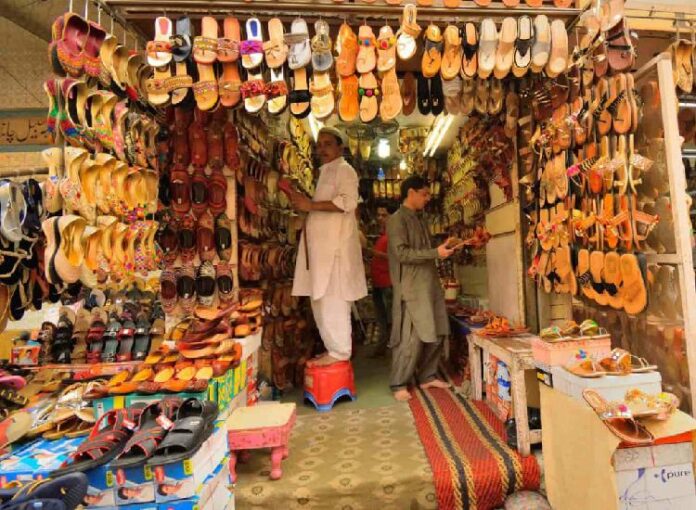 Though a lot of new footwear trends and fashion are entering the fashion market, Hyderabadis seem to still have a thing for Kolhapuri chappals that express the essence of a traditional craft. The decades-old stores selling this hand-crafted ethnic footwear in the city serve as a proof for this. 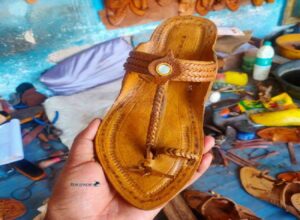 Stroll along the streets of old city or Sultan Bazar and you will spot a slew of odd stores selling Kolhapuri chappals and ‘chadavah’ that are similar to shoes, at affordable prices. Some stores have been in the city for decades now and the owners say that the demand has only been growing.

“Kolhapuri footwear has been a part of Indian history for over 800 years. They were said to be first worn in the 13th century. While they remain favourite for many octogenarians, even the younger generation are going for them these days,” says a Kolhapuri chappal seller at the old city of Hyderabad.

While the majority of these chappals in the city are brought from Kolhapur in Maharashtra, there are a few artisans in the city too who are involved in making this traditional footwear.
Shivalal, a resident of Jiyaguda, is one among them who has been involved in the making of Kolhapuri chappals for the last three decades.

“The making involves intricate handwork. They are completely handmade which makes them more comfortable and hardy. Not a single iron nail is used in the process,” he says to #KhabarLive.

He adds that though the demand has increased, the supply of leather has been reduced. “Very few people are opting for the basic design of the chappal nowadays, which comes in only brown and grey colours. People are coming up with new designs, styles and colours such as gold, green, yellow, silver, purple, orange, black, blue, red and pink. The original essence has lost to some extent,” he says.

ALSO READ:  The Last Nizam of Hyderabad, From Untold Riches To Total Obscurity

The basic design of a Kolhapuri chappal has one belt and one toe. Today, scores of designs of this chappal are offered for sale and the artisans are giving beautiful embellishments to match millennials taste. 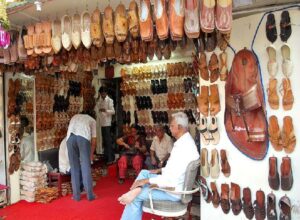 Kolhapuri chappal is the best thing to wear in the summer, says Azhar ur Rahman of Sana Shoe Point at Nayapul. “The vegetable-tanned leather can absorb the body’s heat and sweat. It keeps the body cool, which is why the demand is more during the summer season. It is good that it has turned into more of a style statement nowadays. But, today’s generation doesn’t know what exactly a traditional Kohlapuri chappal is,” says Azhar.

ALSO READ:  Few Interesting Facts About 'Hyderabadis' Which Makes Them Proud Among 'Indians'!

Given the rise in demand, some of the happening footwear stores too started selling this footwear. Some of the popular Kolhapuri chappal stores have also taken to online delivery sites for a decent business.

Kohlapuri chappals are exquisitely designed for different uses. The chappal with a single shoe strap is made for local use which usually lasts for nearly 10 months. Some chappals are made with a double strap too.

On the other hand, there are extremely soft chappals with a thin sole. They are made for walking on carpets. It is said that the chappals weighing 100 grams are known as ‘bed to bath’ chappals, while those weighing 3 kgs are used by wrestlers and farmers. #KhabarLive #hydnews