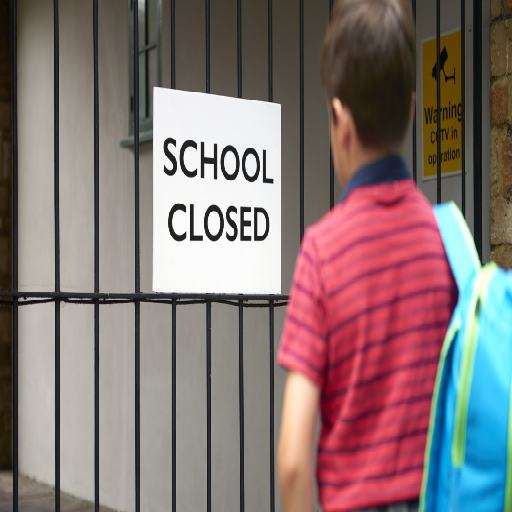 Many private schools in old city areas of Hyderabad are shutti g down due to Covid scare and government restrictions. They are not getting proper fees to maintain the schools and pay to teaching staff.  This in turn, has put the future of teachers, school owners and children into jeopardy.

Many teachers lost jobs and presently working teachers are getting a very low salary every second month which are purely depend on due fees collections and online classes fees, which are hardly to survive these schools.

Many teachers who lost job are literally starving due to not getting jobs and livelihood. Many qualified teachers are doing odd-jobs and many are selling vegetables, working as maids. No proper rehabilitation or assistance is available from government despite several pleas and requests.

#KhabarLive came across a teacher in old city, who reveal her life and struggle to feed her family.
Since two years, Baseera Begum has been out of work and struggling to make ends meet. She used to be a teacher at a private school in Hyderabad’s old city, but since the pandemic hit, like many others, she lost her job and her source of income. “My husband is an auto driver. We live in a small rented house in a slum. My family was relying on my salary apart from my husband’s income which is low. I have been facing a financial crunch since the pandemic hit. I lost my job and we are unable to bear the other expenses.”

“As the children are at home, they need devices for online classes, but we are not in a position to fulfil their demands. Apart from this, we have to pay the rent of the house. The pandemic has changed everything and there isn’t enough money to sustain my family’s needs like paying rent or supporting the education of our children,” she shares.

The school that Baseera worked in had a strength of around 800 students and 22 teachers on the payroll.

This is not just the story of Baseera but many others across Hyderabad’s old city, where the pandemic threw life out and gear and forced many smaller private schools to shut down as they were unable to bear the costs of running the institution. Many of these schools would have a strength of around 200 students to 500 students, with around 20 to 30 students per class. Their closure, in turn, has put the future of teachers, school owners and children into jeopardy.

With the pandemic showing no signs of abating in the near future, several private educational institutions say that they have been left with no other option but to down their shutters, as many can no longer keep up with operational costs like paying the rent, bills and salaries of their teachers. This has also forced many teachers in these schools, who have been laid off, to take up odd jobs for livelihood.

Speaking to #KhabarLive, Fazal Ur Rehman Khurram, Convenor, Old City Private Institutions Joint Action Committee, and the owner of a private high school, said, “At least 200 private schools, including 80 pre-primary, primary and high schools in old city have closed due to the pandemic, and many teachers have lost their jobs. The directors or correspondents of the schools were not in a position to bear the exorbitant rent, electricity and water bills in the commercial category along with the salaries of teachers and other expenses. This is the reason why several recognised schools were closed down and many are on the verge of closure.”

Pointing out that most of the schools were low fees and low budget schools, whose students also hailed from poorer families, he added, “The future of teachers and students is hanging in the balance. They are facing a cumbersome state of affairs. In most cases, male teachers are forced to do odd jobs. Many of them have set up grocery stores for their livelihood.” Things are worse for women teachers, as they do not have as much freedom as men to take up odd jobs or other means of livelihood. “When restrictions ease, school correspondents are concerned that they have to shell out money for maintenance of buildings and repair works,” Fazal says. He hopes that normalcy returns soon, so that the state government allows educational institutions to open their doors.

Echoing the same, the chairman of the Hi-Tech Private Schools Federation in old city, Viquar Ahmed Khaled, who is also the owner of a private school himself, said, “Teachers and the correspondents are facing numerous difficulties. Many parents find it difficult to facilitate online classes for their children, citing a lack of devices. If a family has one cell phone, it will not be sufficient for their two children for online classes. As a result, they are understandably not willing to pay the fee as well for online classes.”

The school managements demand that the state government must step in to offer concessions and exemptions on the various taxes that have to be paid. “It is the need of the hour for the state government to offer concessions to these schools, so that the burden decreases. Despite the financial crunch and fee problems, some directors of schools, including me, are shelling money from our own pockets to provide a little bit of relief to the teachers and paying them a part of their salary, but this is not enough,” Khaled said.

While the government has provided Rs 2,000 for each teacher and non-teaching staff member apart from 25-kilo fine rice each month, linked with their ration cards, beneficiaries say that this is grossly inadequate. The government also runs Telangana Minority Residential Schools, which have good infrastructure and provide quality education. However, the schools cannot accommodate all children in the old city, which is where smaller private schools and community schools fill in the gap.

Mohd Anwar, chairman of Community Schools, which works with children in slums to ensure their basic education, said, “Parents of children in many of these schools are daily wagers and hail from low-income groups. They are not in a position to pay the fees. The government should come to the rescue of these schools, which are facing hard and testing times, as it would also aid the children in the long run.”

On the condition of anonymity, one school correspondent said, “We are in a difficult time in our lives. We want normalcy to return, so we can get back on our feet. If things don’t improve soon, we will also be forced to do odd jobs like our teachers. The government should come to our rescue, as many of us are breadwinners of our families.”

Many parents are also worried for the future of their children and say that lack of physical classes is resulting in behavioural changes in their children due to no in-person contact with their peer group, and even forcing many to discontinue their education. Speaking to #KhabarLive, one parent said, “If educational institutions continue to close, it affects all of society as schools play a vital role in building and shaping the community.”

No political party or leaders are interested to provide proper help to these ailing teachers community. Some NGOs and some philanthropists provided some help to these people last year. This year, Telangana government announced the relief package for teachers. This scheme never reached any teacher except some biggies due to several reasons. And it is learnt the school authorities and sanctioning officers connivance is the main cause. This is the tip of the iceberg. Let’s wait and see the response of this report. #KhabarLive #hydnews