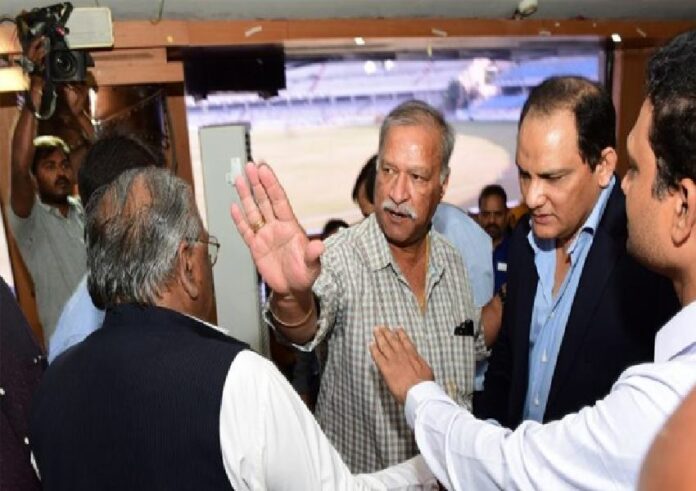 The Apex Council failed to control unruly elements at the Annual General Meeting, which was attended by secretaries of 186 clubs. All the assembled members questioned the HCA president and secretary on allegations on corruption, improper team selections and neglect of cricket development in the districts.

Earlier, a section of the members supporting Azhar pushed for the appointment of Deepak Verma as an ombudsman. However, opposing factions are arguing that corruption would increase in the HCA if persons supporting Azhar are appointed. The AGM decided to conduct another meeting on April 11.

It is learnt that V Hanumantha Rao (VHR) pulled up Azharuddin, asking him to spell out what he had achieved after meeting TRS working president KT Ramarao upon his election as HCA president. He also questioned Azharuddin as to what changes he had brought in the HCA after becoming the president of HCA.

VHR took Azharuddin to task for failing to ask ensure KTR’s help in setting up cricket stadiums in districts on the lines of the ones in Andhra Pradesh. He also opposed the proposal to make Deepak Varma the ombudsman, it is learnt. Proposing Meera Kumari’s name for the ombudsman position, VHR commented that HCA had to conduct elections even for the appointment of ombudsman.  He asked Azharuddin to tell why HCA had not been giving Rs. 3 to 4 lakh to each club every year for development of cricket.

ALSO READ:  Classroom Attendance In JNU Is Mandatory: What Is The Rationale?