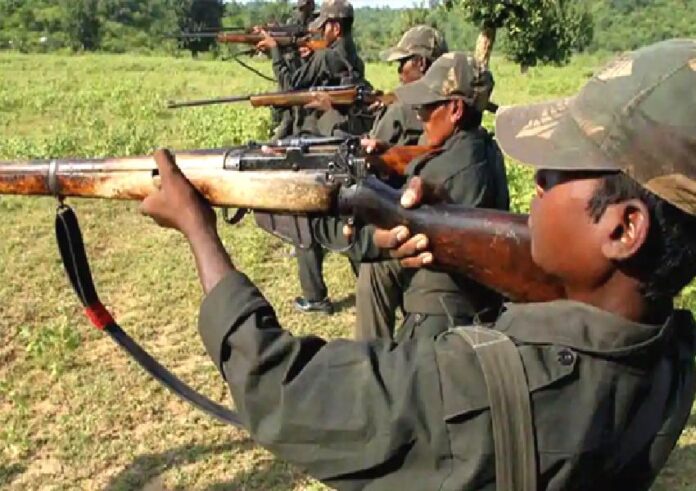 A four-member Maoist action team led by Deepak of Chhattisgarh was reportedly active in Telangana, according to information reaching the intelligence authorities.

Deepak, who was hitherto active in the Maoist battalions, has been heading an action team.  The teams have been trained to conduct recce moving on two-wheelers and hit the targets. The team was asked to hit targets in Telangana.

The Maoists made their presence felt in Telangana by killing TRS leader Bheemeswara Rao of Alubaka village of Venkatapuram mandal of Mulugu district in 2020.

After Nambala Kesava Rao taking reins of the Maoist party, he took steps to rebuild the party and made many efforts. Last year, Maoist activities were noticed in Bhadradri-Kothagudem, Mulugu, Bhupalapally and Asifabad. Sensing increased activity of the Maoists, combing has been stepped up in the Asifabad forest area. DGP Mahender Reddy stayed put in the forest region of the district and gave directions to the police. In fact, he even effected transfers and posting those officers experienced in handling the Maoists.

In subsequent events, at least nine Maoists were killed in an exchange of fire with the police. However, the Maoist party state committee members Mylarapu Adellu, Kankanala Raji Reddy and Azad survived the exchange of fire by a whisker.

Meanwhile, the Maoist party deployed a new action team to take revenge for the exchange of fire.  The police suspect that the Maoist teams may resort to lightning strikes in the state. #KhabarLive #hydnews