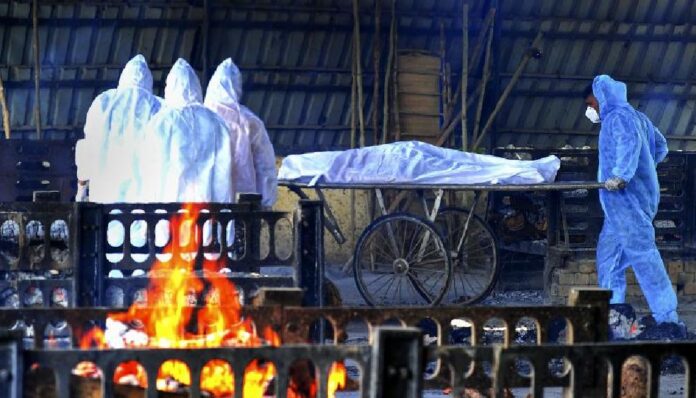 In what can be described as a disturbing development, at least 17 out of 33 districts in Telangana have been reporting higher test positivity rate (TPR) than State’s average of 3.9 per cent. The district-wise data analysed by #KhabarLive found that 17 districts, predominantly in the western and northwestern parts of the State, were having TPR higher than the State’s average.

According to the latest district-wise data, as many as 1,29,637 tests were conducted on April 17, with 5,093 positive cases detected on the day. However, considering the caseload, some districts have been conducting lower number of tests. But on the whole, testing in State has nearly doubled within a month’s time from approximately 50,000 to more than one lakh tests.

The highest test positivity rate was seen in Kamareddy, where for every 100 individuals tested, nearly 7.09 per cent tested positive. The district recorded 232 positive cases out of 3,269 tests conducted. This is double that of the State where only 3.9 per cent of tests among 100 individuals returned positive.

On the other hand, Twenty people died from Covid-19 in Telangana state in a single day, the highest one-day death toll from the disease in the state so far even as fresh Coronavirus infections, at 6,542, touched yet another one day high.

Hyderabad became the deadliest so far with Covid-19 claiming almost one life every hour in the twin cities, at least according to officially released data.

The data released by the state health department in the daily Covid-19 bulletin also showed that the Coronavirus has now spread in the entire population of all 33 districts of Telangana. Some districts are now reporting cases in the four and five hundred range, something that was more common for Hyderabad city and the Greater Hyderabad Municipal Corporation area.

Even as Hyderabad inched closer to the 1,000 cases a day figure reporting 898 cases, Medchal-Malkajgiri district scored its own dubious high of 570 cases. Similarly, Ranga Reddy district reported 532 cases, while Nizamabad district reported that 427 more people in the district fell prey to the Coronavirus on Tuesday, followed by 320 cases in Sangareddy district.