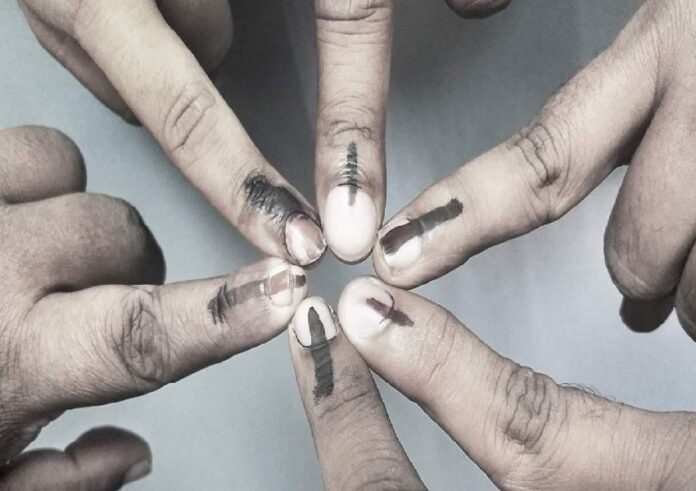 While the TRS may have won the recently-concluded elections for two Graduates Legislative Council seats, the results have enough in them to give hope to every stakeholder – be it the ruling party, the Opposition, the candidates or the voter.

The results may have brought political pleasure to TRS supremo K Chandrasekhar Rao, the fact remains that they cannot be enough to inspire confidence.

One may agree with the political strategist that is KCR who went about achieving victory for his party candidates by implementing a well prepared plan of action but the overall mood of the electorate comprising elite and educated people like graduates is being seen as a vote against the policies of the TRS government.

It may be remembered that the Council polls were held in the backdrop of increasing unemployment, nearly two lakh posts lying vacant in various departments and non-payment of the promised unemployment allowance that may have upset the educated youth.

These factors forced the ruling party to show an ‘all-round performance’ to bring the situation under its control. The tools employed to achieve this are all too common nowadays – weakening opponents, money and muscle power, creating a situation where the opponents can do little but extend support involuntarily.

The end result was that the TRS bagged the two Graduates MLC seats, and KCR picking Surabhi Vani Devi, daughter of former prime minister PV Narasimha Rao, was considered a smart move to meet the challenge posed by opponents. Political observers believe that had KCR given the ticket to any other person, the result would have been different.

While KCR may have appealed to voters’ sentiments by using the name of the late PV Narasimha Rao (the TRS was quick to call him ‘Telangana bidda’) the fact remains that the former PM never openly supported the call for separate Telangana state.

The Congress, despite granting statehood to Telangana, appears to be gradually losing its relevance in the youngest state of India.

The Congress, the parent party of PV, could have reaped political benefits from PV’s name, but it was the TRS that tapped into this ‘new source’ by convincing his daughter to contest on TRS ticket.

The Congress leadership has almost abandoned the PV family following his strained relationship with Sonia Gandhi when he was at the helm of affairs. However, at one point of time, the Congress had to embrace PV’s legacy as part of a damage control exercise.

Rahul Gandhi, during one of his visits to Uttar Pradesh, had inadvertently made some remarks against PV, leading to a serious discussion and damaging the reputation of the Congress. Sonia Gandhi, despite her reluctance, cleared the name of PV’s son and former minister PV Ranga Rao for the AP Legislative Council to control that damage.

Though it won the Warangal -Khammam-Nalgonda seat, the number of votes it got may force the TRS leadership to analyse and introspect.

The fact that two candidates – Professor M Kodandaram and Teenmar Mallanna polled votes in large numbers can well serve as a pointer to reality for the TRS. While retaining the seat is no doubt an achievement, the party would be better off if it identifies the root cause for the dissatisfaction of the voters before it’s too late.

Kodandaram getting votes is understandable; after all he had been at the forefront of the Telangana agitation.

What was surprising is the number of votes bagged by Teenmar Mallanna. He cannot be termed as a ‘known’ name, but his social media work against the TRS government’s policies brought him a sizable number of votes. Generally, popularity on social media doesn’t necessarily translate into votes, unless there is simmering discontent among the electorate.

ALSO READ:  Everything 'Not Fair In Telangana' As Dalits Let Down By KCR's 'Silence' Amid 'Caste Politics'

Also, the outcome could have been very different if there was no lack of unity among the opposition parties. One can say that TRS’ strength is the divided opposition.

A combined effort could defeat the TRS in 2023, but there is mutual mistrust among non-TRS parties.

It may be mentioned here that though the TRS won both the graduates Council seats, only 30 percent of the voters backed it. In other words, the majority of voters are against its policies. For now, the TRS has an open field ahead due to absence of an effective opposition.

The elections were held in a limited area. What would happen to the TRS if the Assembly elections are held in such a political environment? Would it emerge victorious when faced by such discontentment? How will it dodge anti-incumbency, which will surely dog it when it aims to come to power for a third straight term 2023?

However effective the leadership might be, no party has been safe from anti-incumbency. How KCR counters it is the question. #KhabarLive #hydnews