(This is the first report on the public hearing by the inquiry commission, appointed by the Supreme Court, to probe the Hyderabad ‘encounter’ of 2019. Read the second and third reports here.)

It appears the government needs to substantiate many of its claims and there are many omissions in the procedures to be followed in the investigation of the incident.

On November 28, 2019, a young doctor was raped and murdered in Hyderabad. The brutal incident shook the state of Telangana.

Subsequently four young men, Chennakesavulu, Jollu Shiva, Jollu Naveen and Mahammad Arif, the suspects in the crime against her, died in police firing on December 6, 2019. The government claimed that they tried to escape from police custody, while they were taken to the scene of the crime for investigation.

These deaths had sent shock waves which resonated even in parliament. While human rights organisations were critical of the government’s response to the public outcry, multiple inquiries were ordered by government and judicial agencies. The Supreme Court of India stalled all the inquiries through its order on December 12, 2019, and appointed an inquiry commission.

The Commission comprised Justice V.S. Sirpurkar, a former Judge of Supreme Court, as chairman, and Justice Sondurbaldota and D.R. Karthikeyan. The court also appointed K. Parameshwar, an advocate of the Supreme Court to assist the Commission.

The Commission was ordered to submit its report within six months but due to the COVID-19 situation, it could only hold a few virtual hearings. Recently the Supreme Court extended the term of the commission for six months along with the deadline to submit its final report.

The Commission held a detailed hearing in Hyderabad on August 21, 2021. It recorded the evidence of the government, represented by its Home Secretary, IPS officer Ravi Gupta.  The secretary submitted official records related to the incident of alleged cross firing and faced a barrage of questions from the advocate of the Commission as well as those representing police personnel who stand accused.

The advocates of the police personnel wanted a confirmation from the secretary of submission of the final report in the judicial magistrate court. He also confirmed that the Special Investigation Team (SIT), constituted as per the mandate of the apex court’s judgement in PUCL v State of Maharashtra, has also completed its investigation and placed it before the Commission. They also asked whether all members of the armed party that participated in the firing are from the police department and whether their identities (called police passports) have been deposited before the Commission.
Besides, they wanted the top bureaucrat to tell the commission if the government had issued specific orders to investigate the death of the veterinarian and subsequent deaths.

The advocate representing the constables who participated in the firing posed specific questions to the secretary, such as whether all the steps involved at the start of firing were followed as per the police manual, whether the accused in the rape case had died due to bullet injuries or any other cause; and whether there were any independent eye witnesses to the police firing, other than the police.

Even the advocate representing the ACP, the investigating officer, posed interesting questions to the home secretary.
The questions include whether any warnings were issued to the deceased by any superior officer prior to opening of the fire, what  the findings of the Special Investigation Team on the incident of deaths were and if there are any punch witnesses, whose statements were recorded by the SIT.

On the whole, the advocates of lower-level police personnel appeared intent to ensure that the government communicated to the Commission that police had acted on the specific and clear instructions from the government.
The subsequent cross examination from advocate K. Parameshwar was perhaps the toughest experience the bureaucrat ever went through in the course of his job.

The affidavit filed by the secretary was questioned on multiple counts. First, the advocate pointed out to the secretary that the FIR filed after the death of four men shows the victims as the accused but not the police personnel involved. He asked why the inquiry reports by the executive magistrate and SIT are not part of the affidavit.

The advocate cross examined the government representative at length on the nature and purpose of the Special Operations Team (SOT), from which the police personnel were deputed to inquire into the death of the veterinarian.

The government formed the SOT in 2004 with the objective to fight organised crimes. It handles weapons like AK-47a and reports directly to Commissioners of Police. Generally its members are not entrusted with escort duty except when the VIPs visit extremist-dominated areas. The government representative identified the four personnel involved in the cross firing as part of the SOT. He was questioned on the justifications for such a measure.

The secretary confirmed that it is not a normal practice to submit a report for the government’s approval before filing a final report before a court. The Commission’s advocate questioned the secretary as to whether he was aware of the interpretations of Section 300 of the IPC, which the government claimed is not applicable to police involved in the case. The section speaks about certain exceptions to the people involved in offences of culpable homicide.

Further, the secretary of the government could not answer clearly about the nature of injuries sustained by the police in the cross firing and has not submitted any documents to substantiate this claim. He has only said that the police sustained simple and grievous injuries. Justice Sondurbaldota said that such a response does not describe the nature of the injuries and suggested he submit relevant medical documents.

Advocate Parameshwar also asked the home secretary whether the police followed the procedure specified in the PUCL judgment, informed the kin of the victims and human rights commissions immediately after incidents. He was also grilled on the nature of the weapons used and the extent of ammunition used in the crossfire. From the records, he identified the four constables among the 29 personnel who escorted the accused. The Commission’s advocate also observed that the government did not conduct a judicial inquiry into the incident under section 176(1A) of the CrPC and asked whether the government representative was aware about this mandate of the law.

For most of the questions the government representative said he would verify the records and submit a relevant document. It appears the government needs to substantiate many of its claims and there are many omissions in the procedures to be followed in the investigation of the incident.

The Commission is holding its next hearings on August 26, 27 and 28. #KhabarLive #hydnews 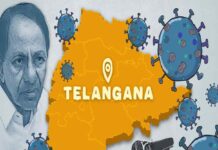