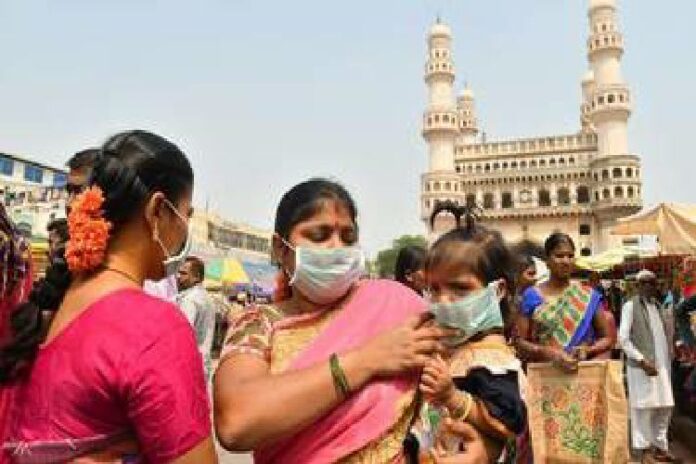 For the past few months, the number of new Covid-19 infections and deaths has been declining. Though there is no genomic and seroprevalence data available, senior public health officials here believe the decreasing numbers is a clear indication that the SARS-CoV-2 virus is gradually losing its virulence in Telangana.

A combination of factors, including herd immunity and adherence to Non-Pharmaceutical Interventions (NPIs) like extensive use of masks, personal hygiene in the form of hand sanitising and physical distancing, are major reasons for the gradual drop in Covid cases since the unlock, public health experts in the State say.

The Covid cases in the State reached a peak in the mid-2020 but started to gradually decline by the year end. Areas under the GHMC, which reported over 900 cases per day during the peak between June, July and August, are now reporting less than 50 infections.

“Herd immunity, NPIs and proper communication on the risks involved, which made families ensure the elderly population in Hyderabad and across the State remains indoors, have played a big role,” a senior health official said.

It is a fact that the families in Telangana were successful in shielding the elderly population from the Covid exposure. Close to 47 per cent of the Covid infections in the State comprised individuals aged between 21 and 40, a young demographic that is known to have a robust immunity to fight SARS-CoV-2. Another 17 per cent comprised individuals between 41 years and 50 years while individuals between 50 years and 80 years formed just 20 per cent of the infections.

There is no denying the fact that herd immunity or gaining natural immunity when a large number of persons get exposed to SARS-CoV-2 virus has played a big part in the declining infections, not only in Telangana but also across the country, senior health officials here point out.

Back in September 2020, the ICMR seroprevalence study taken up across India indicated that for each infection, the authorities missed close to 80 infections. In Hyderabad, a CCMB-IICT study of sewage samples in August indicated that the city had close to 6.6 lakh cases. Such studies clearly indicated that a large chunk of the population might have developed natural immunity after getting exposed to SARS-CoV-2. #KhabarLive #hydnews