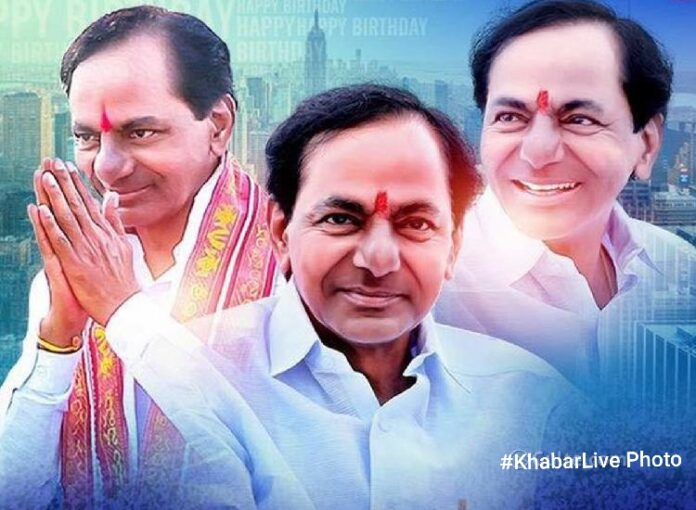 After his attempts to plunge into national politics after March 2018 failed to materialise due to unfavourable political circumstances, TRS president and Telangana Chief Minister K. Chandrasekhar Rao has decided to wait till the first week of May before deciding his next course of action. The reasons being cited by official sources in TRS for this wait are upcoming Assembly polls in West Bengal, Tamil Nadu and Kerala.

Though Assembly polls are due in five states, also including Assam and Puducherry, it is the results of Bengal, TN and Kerala in April and May that Chandrashekar Rao is keenly watching. These three states are bigger and politically more significant for regional parties, while the national parties – the BJP and the Congress – are playing relatively second fiddle, except for the BJP which fancies its chances in Bengal against Mamata Banerjee.

The Election Commission is likely to release the schedule for assembly polls in these five states by this month-end and election results are expected to be announced by April-end.

Based on the outcome, Chandrashekar Rao wants to take a decision on whether or not to plunge into national politics, around the first week of May. These reports took strong roots within the TRS after Rao took the decision to lay the foundation for a TRS party office in New Delhi after May 4.

Party insiders see Chandrashekar Rao dropping hints at his next course of action on national politics in May first week, coinciding with the TRS office ground breaking ceremony in Delhi. The Centre had allotted 1,100 square metre of land in south Delhi’s Vasant Vihar for the construction of party office in October 2020. The TRS took possession of the land in November 2020.

Though party leaders announced several times that Rao will lay the foundation for the party office whenever he visits Delhi, it did not happen. Though Rao visited Delhi soon after the GHMC polls in December 2020, the ceremony did not take place. Rao has now taken a firm decision to start construction of office in May and conveyed it to party MPs and other senior leaders.

TRS sources say that Rao’s next moves in national politics will solely depend on the outcome of the elections. If BJP comes to power in West Bengal, Tamil Nadu and Kerala either on its own or in alliance, Rao will drop his plans on national politics and stay put in Telangana.

If non-BJP parties emerge victorious, Rao wants to make yet another attempt to bring together a front of non-Congress, non-BJP regional parties before the 2024 Lok Sabha polls.

Rao unveiled his plans of entering national politics first time in March 2018, when he announced a Federal Front would be created against BJP and Congress in 2019 Lok Sabha polls. This did not materialise after Rao dissolved the Telangana Legislative Assembly in September 2018, nine-month before its tenure, forcing early Assembly polls in December 2018.

After winning the assembly polls with a landslide majority and retaining power for a second term, Rao’s attempts to take forward his Federal Front did not materialise. Rao hoped to enter national politics by winning all 17 seats in Telangana, and was portending that the BJP would get around 170-odd seats.

The federal front, which depended on neither the NDA nor UPA securing or even coming close to a majority, was a stillborn baby; with Narendra Modi leading his party to a massive win by securing over 300 seats. Rao’s hopes were dashed and subsequently, he kept his plans on national politics on hold and remained confined to state politics.

Recently, during the GHMC polls in December 2020, Rao made another attempt to play up the possibility of playing a role in national politics. Addressing an election meeting at LB Stadium, he announced that he would hold a national conclave with non-BJP parties in Hyderabad, against what he dubbed Modi government’s “anti-people, anti-farmer, anti-labour policies” and “disinvestment of PSUs”.

But he halted his plans yet again after the TRS performed badly in the GHMC polls and the BJP put up a stupendous performance. He rushed to Delhi soon after to meet Prime Minister Narendra Modi and home minister Amit Shah. Post his Delhi meeting, Rao took a U-turn and has neither criticised the BJP nor stood with the other opposition parties against the Modi government’s policies or decisions.

Rao is now looking at the upcoming assembly polls in the three states to chart his future course of action. #KhabarLive #hydnews