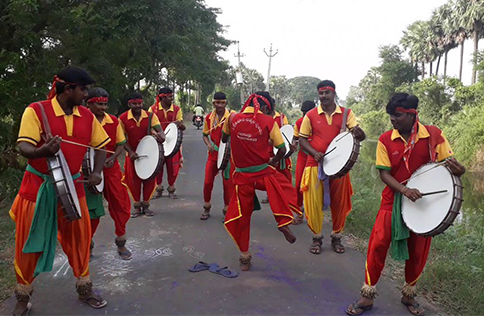 The much-known and most popular in rural Telangana’s folk music instrument ‘Dappu‘ which was gone by changing times and rebibed by  Telugu University research scholar Andhey Bhaskar is training the aspirants in the Dappu art form, which was once celebrated in the folk and subaltern cultures. 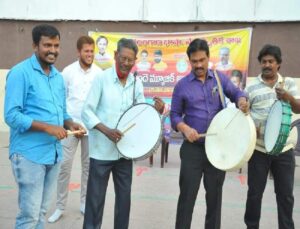 Every day, hours before the sunset, around 50 people — dressed in colourful clothes with the Dappu drums slung across their shoulder — line up in a circle on the premises of Lalitakala Vedika in the heart of Hyderabad. The area then witnesses a variety of rhythmic drum beats produced by aspiring Dappu artists of all age groups. These aspiring artists are learning the traditional Dappu art form, which involves dancing to the rhythmic drum beats, as part of the 15-day training organised by the Telangana Department of Language and Culture in association with Andhey Music Academy.

ALSO READ:  The 'Grey Truth' About Your 'Gray Hair'! 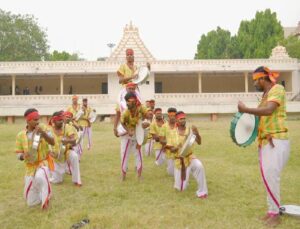 The Telangana Language and Culture department, which acknowledges the significance of Dappu, felt the art form was losing its presence in the state, and so decided to revive it. Mamidi Harikrishna, state Director for Language and Culture Department, Surya Bhagavantha Rao, professor of  Dappu at Potti Sreeramulu Telugu University, and other artists in the state launched the training programme on March 15, which will last till March 30. Andhey Bhaskar, a PhD Scholar in Dappu art at Telugu University and founder of the Andhey Music Academy, is imparting the training. The 15-day training programme aims to bring back the disappearing folk dance form, which was once celebrated in the folk and subaltern cultures.

Dappu is a traditional art form in Telangana, Andhra and in parts of Tamil Nadu and Karnataka. The percussion instrument is traditionally played by Madigas, a Dalit community. The drums are made using the skin of cattle, buffaloes or goats, and wood from tamarind or neem tree. As the Dappu artists dance to the drum beats, others, too, join them. In villages, Madigas would play the Dappu for a range of occasions — weddings, festivals of the folk goddesses and funerals. In fact, the Dappu artform played a crucial role in building mass movements on Telugu soil —  the revolutionary movement, Dalit movements and the Telangana movement.

ALSO READ:  What Happens To 'Telugu Students' Who Caught In 'Pay-To-Stay Scam' In United States? 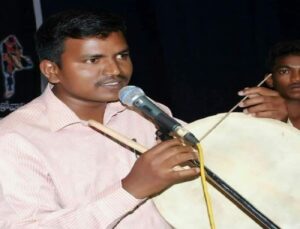 Speaking to #KhabarLive, Andhey Bhaskar said, “We thank the Telangana department of language and culture for identifying the need to bring the Dappu art form back into the limelight and infusing it into the other arts. Due to the attachment of caste stigma, it was always not treated on par with the other arts. Now, some musicians are using the Dappus in their production, which is a welcome change.”

Of the 50 Dappu learners from different age groups, four women are being trained to master at least 10 popular jatis (beats) and some artistic pyramids that the artists form while playing the Dappu.

“While it is an opportunity to learn a disappearing art form, it is also a great physical and mental exercise. We hope we will be able to conduct more workshops soon,” said Andhey Bhaskar, adding, “Considering how the mainstream musicians and artists are preferring to get the originality in the content production, soon there will be a demand for Dappu artists in the music industry.” #KhabarLive #hydnews