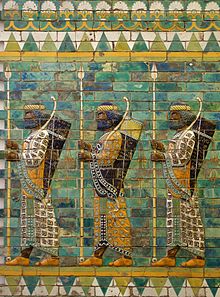 The Tiles have been an integral part and a true manifestation of the evolutionary journey of our lifestyle and architecture around us.

As a material which came into inception as a sheer need of technological advancement, to becoming a medium for decorative embellishments, and to further become an environment friendly product, in the terms of material, design and even usability, tiles have had a multifaceted journey.

Let us go down this trail and discover how this evolution happened, and how tiles in the modern era are not only affordable but also the right choice for hygienic and germ free ecosystem.

Over the centuries, human civilization has evolved in every sphere. One of the constant driving force behind this evolutionary journey has been the human zeal to grow, and work towards the betterment of mankind. From the smallest and the simplest things which may go unnoticed, to the metamorphosis of gigantic scale, it has been a relentless process.

While some of them may even have been organic, there are times that conscious efforts have been made to change the natural course of events to ensure this journey stays on the course.

Architecture through the generation has been a huge marker to see how the civilizations have grown and evolved. It not incidental, as the societies are truly reflected through the prism of the habitat they live in. Our thought process, our will to adapt, our intent to grow are all collectively reflected in the morphogenesis of built form and the social fabric that knits us together.

Talking about architecture, we may only notice the changes that manifest in larger structures, but the beauty of it all unravels in the details as one narrows down the vision to the macro ecosystem. Various building technologies and material had been a turning point of the entire architectural era.

Something as simple as the trabeated style was the cornerstone of evolution-built structure which later went on to be evolved into huge domes. It is thus discernible and invigorating to find such traces in the history of various materials which left an impressionable mark on this journey. One of such material is tiles, which found their way in the history of architecture centuries back.

History of Tiles
A flat cut piece of hardwearing material such as stone was the traditional form of tile where it all began. With the advent of technology, and the zeal for creativity, various other material, such as glass, clay, wood and ceramic etc, found its way into the evolution of tiles. What started as a need to explore a lightweight option to be used as roof form and floor soon caught with the creative zeal and found its way through wall motifs, ceiling claddings and floor ornamentations.

ALSO READ:  The 'Dying Tradition' Of 'Pagadi' or Turban Wearing In Hyderabad

Those were the times tiles were mainly seen as an exquisite design solution for creating intricate design patterns and motif which were earlier missing when the use of stone slabs was the predominant form of construction.

Evolution of Ceramic Tiles
Advent of usage of ceramic as a basic ingredient for making tiles marked the point of inflexion on the curve of history of tiles. From the limitation in stone and wood tiles initially clay and later ceramic opened up the world of possibilities in decorative tiles.

Ancient use of decorative tiles is traced back to as early as 4 the century BC in Egyptian civilization. From there it travelled with Romans to Europe and further to China in the 8th Century. Various civilizations developed and improvised their style of tile motifs, be that geometrical, botanical and many more.

During the Islamic period, the usage of decorative ceramic tiles became more popular as they were used on walls, soffits and other surfaces as embellishments. While some were using inlays, another art form was of using the same colour tiles in smaller pieces as a pattern by filling plaster in-between.

The popularity of the ceramic tiles grew as it travelled to Europe. Starting from Spain to other European regions painted coloured tiles were used in churches and other religious establishments.

They were expensive and only used by rich and ecclesiastic institutes. They remained popular till 1600 AD as Holland became the hub of decorative tiles which were to be used around the world including American colonies.

Industrial Revolution
As it did to everything manufactured in the world, the industrial revolution changed the entire dynamics of tile production. Instead of them being handcrafted, they started being produced at a larger scale in the industries. As they were being mass produced, tiles started becoming more affordable.

The patterned tiles particularly became popular in middle class houses and public places. Companies like H&R Johnson, which started manufacturing in Europe in early 1900 went on to carry its operations to various parts of world thus enabling further reach to every household. This, in the time to come, turned out to be the beginning of a new chapter in the history of tiles. #KhabarLive #hydnews