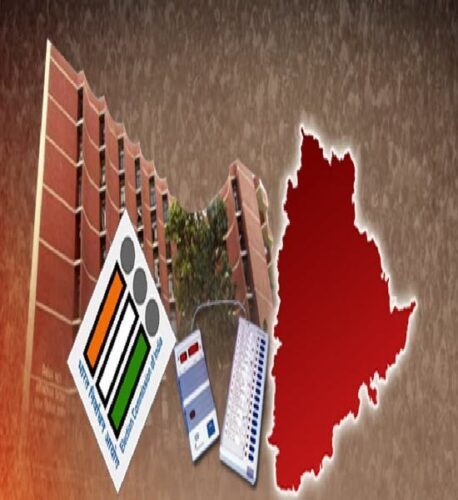 The picking of six candidates for the upcoming MLC polls under the Assembly quota. The Election Commission has just sounded the state government about the exercise to conduct MLC elections in the state.

In all, seven MLC seats are vacant in the state — six under Assembly quota and one under Governor’s quota. Six MLCs under the Assembly quota retired on 3rd June and on 16th June one more MLC from Governor’s quota retired. Among those who retired are Telangana Legislative Council chairman Gutha Sukhendar Reddy, deputy chairman Bethi Vidyasagar Rao and former Deputy Chief  Minister  Kadiyam Srihari.

Sources say the selection of MLC candidates may become a headache to Chief Minister K Chandrasekhar Rao because there are only seven seats vacant and the list of MLC aspirants, including those to whom assurances were given by KCR, is very long.

Of late, KCR has been assuring MLC berths not only to party leaders but also leaders of other parties who switch to TRS. As per the TRS’ strength in the Assembly all the six seats under the Assembly quota will come to TRS, apart from one seat from the Governor’s quota.

There are speculations that Gutha Sukhendar Reddy and Kadiyam Srihari may be re-nominated. Gutha Sukhendar Reddy was assured of cabinet berth at the time of his switching to TRS from the Congress. But due to some equations KCR was not able to accommodate him in the cabinet rejig and so he was made Chairman of the Legislative Council. Former deputy chief minister Kadiyam Srihari may also be re-nominated as the KCR has decided to give importance to Dalits. There are chances of Kadiyam becoming Chairman of Legislative Council if KCR decides to take Gutha into the cabinet.

Recently KCR assured that out of seven MLC seats, four seats would be given to members from BC communities.

There are at least 25 strong aspirants for MLC seats in TRS.  They include MC Kotiredy, who was assured of MLC seat during the Nagarjuna Sagar Assembly seat bye-election, former Assembly speaker C Madhusudanachary ,former MPs Ponguleti Srinivasa Reddy, and Sitaram Nayak.
Meanwhile, to fill the vacant MLC seat under Governor’s quota, there is no need for the involvement of the Election Commission. KCR’s recommendation to the Governor after passing a resolution in the cabinet is enough. #KhabarLive #hydnews