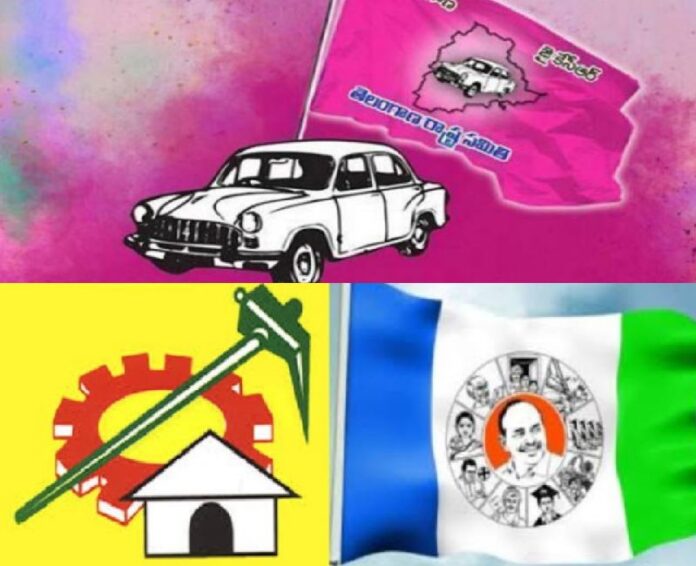 Among the prominent regional political parties in both the Telugu states, the TRS had more capital reserve than TDP and YSRCP in 2018-19, as per the latest data released by the Association of Democratic Reforms (ADR).

The capital / reserve fund is the amount set aside by the parties after subtracting liabilities from the total assets, every year, for party expenditure.

ADR analysed the assets and liabilities of these 41 regional parties based on the declarations in their I-T returns submitted to the Election Commission of India.

Among the three parties TDP had more assets followed by TRS and YSRCP.

ALSO READ:  A Healthy Look At Our Daily Fast Food

The assets declared by political parties fall under six major heads that is fixed assets, loans and advances, FDR / deposits, TDS, investments and other assets

YSRCP had declared total assets of Rs 93.492 crore. Jaganmohan Reddy’s party had declared Rs 79.266 crore as other assets. The YSRCP had no fixed deposits and had fixed assets worth merely Rs 0.132 crore and Rs 14.094 crore in loans and advances.

Of the total debts of Rs 18.10 crore declared by TDP, borrowings like banks, overdraft and sundry creditors stood at Rs 17.94 crore and Rs 0.16 crore was listed as ‘others’.

YSRCP had comparatively lower liabilities of Rs 5.084 crore of which borrowings from banks, overdraft and sundry creditors stood at Rs 3.523 crore and Rs 1.561 crore of other liabilities.

“National and regional parties failed to adhere to the ICAI guidelines that direct parties to declare details of the financial institutions, banks or agencies from whom loans were taken. The guidelines specify that the parties should state the “terms of repayment of term loans” on the basis of due date such as a year, 1-5 years or payable after 5 years,” observed ADR in its report.

Thus, the standard accounting formats of the other entities are not applicable to political parties.

These guidelines lay down principles of recognition, measurement and disclosure items of income, expenditure, assets and liabilities in the financial statements of political parties.

These guidelines were meant to standardise the format of financial statements of parties apart from improving disclosure of income, expenditure, assets and liabilities of the unique association, political parties,” rued ADR in its report. #KhabarLive #hydnews