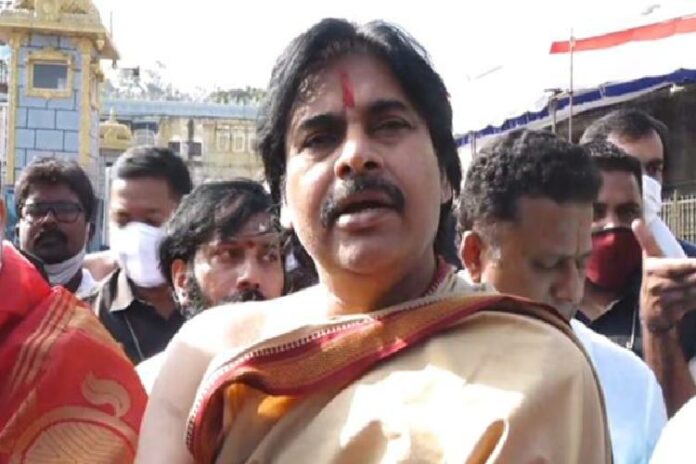 Astrology may be branded as mythical science or scientific myth. Still, there are many takers for this. There are many predictions by a myriad number of astrologers on various subjects where some go wrong and some prove right.

Now the topic is about Pawan Kalyan’s future as per his horoscope.

A renowned astrologer in the condition of anonymity shared a few aspects of the future of Pawan Kalyan. This sharing took place at the office of a film producer two days ago and this horoscope reading took place unexpectedly.

He said, “His horoscope is quite good by all means. The positions of Mars and Sun are good. With the exaltation of Mars in Capricorn he is always physically motivated towards fitness and being agile. Sun is in own house indicating leadership and being on the top in a field. Saturn being in Venus’ house brings him a lot of luck, but the Venus’s conjunction with the Sun in the latter’s own house dilutes the desired fortune. Even in his Navamsa, Sun is in a powerful position and this is the clear sign that this planet is blessing him a lot.

On a whole, people may see him as a failure in politics. But he is not. He is happy and will be happy on a personal level because of his planetary positions. There is an adage- “Enugu bathikina chacchina padi vele” (The value of an elephant remains the same irrespective of whether it is alive or dead). Pawan Kalyan’s horoscope fits into this.

Be it failure in marriage, failure in politics, failures in films- everything is a failure just in the perspective of people who look at him. But he has no failure. There is no end to his career whatever he chooses.

ALSO READ:  Why BJP Repeatedly Say ‘Beti Bachao’ And Then Do ‘Balatkari Bachao’ – Again And Again?

In a way, his horoscope is better than that of his eldest brother in some aspects.

The antardasas and pratyanardasas of Sun will help him get support from the Central politicians.

Saturn is going to rule him from 2024. He needs to visit any Shani Temple and perform Thailabhishekam on his hands. This helps him gain physical and mental strength for a period of 19 years.

He needs to visit any powerful Saraswati Temple at least once in three months for a period of one year. This helps him to attract people/voters with his powerful speeches. His speeches will be received by the people with respect, which is not happening now. Once he starts commanding respect through his speeches, power will come to his feet”. #KhabarLive #hydnews