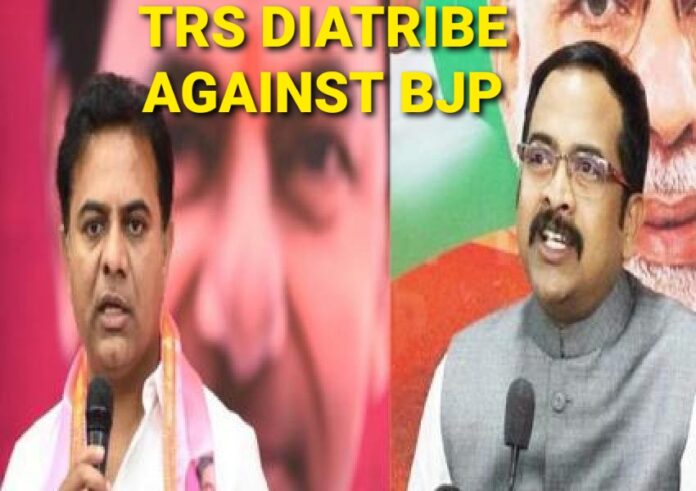 The recent weeks have witnessed a strident criticism of the central government’s approach to Telangana from the TRS leadership. The party working president and the Chief Minister-in-waiting, KT Rama Rao is leading such verbal assault on the BJP led central government.

Whatever may be the immediate political provocation for such an offensive, the centre’s apathy to the concerns of Telangana in particular and Telugu states, in general, is quite evident.

The abrogation of the information technology and investment region (ITIR) is severely detrimental to the growth of the IT sector in Hyderabad. The denial of national status to any one of the irrigation projects of the state is unacceptable. The then opposition leader in Lok Sabha, Sushma Swaraj promised national status to the Palamuru-Rangareddy lift irrigation scheme in the run-up to 2014 elections.

The centre blatantly denied a host of projects to Telangana that includes a coach factory and a rail division at Kazipet, steel plant at Bayyaram, defence industrial corridor, a vaccine testing lab, a turmeric board, and fiscal assistance to the expansion of metro, etc. While Telangana is denied, the BJP manifesto promised a turmeric board in Tamil Nadu.

While Hyderabad metro is denied grants, the centre sanctioned a slew of metro projects in the poll-bound states like Tamil Nadu, Kerala, and Karnataka where the party is in power. Thus, even the provisions of the state reorganization act remain unimplemented. Therefore TRS is fully justified in questioning the centre for its indifference to the state.

However, the TRS criticism is episodic. The party leadership talks about the injustice done to the state only when there are elections. It supported controversial laws and policies of the Modi regime many a time invoking the federal spirit. KCR’s proposed federal front remains a nonstarter.

During the GHMC election campaign, KCR himself said that he would convene an opposition meet in Hyderabad in December second week to take on Modi dispensation. But, no such attempt is made. No explanation is offered.

Not just the TRS, many regional parties including TDP and YSR Congress display equivocacy with respect to the stand on Modi government’s policies. It may be recalled here that TRS along with AIADMK was instrumental in blocking the no-confidence motion moved by YSR Congress and TDP articulating special status for Andhra Pradesh.

As the BJP surges ahead in Telangana owing to its spectacular win in Dubbak and GHMC, the TRS started showing stridency in its opposition to Modi-led central government. Still, the party displays ambivalence evident from the party’s stand on farm laws.

The people of Telangana only expect ruling TRS to be unambiguous at least in guarding the interest of the state. The party will be appreciated if it shows consistency in questioning the harmful policies of the central government. Cooperative federalism does not mean political compromise. #KhabarLive #hydnews