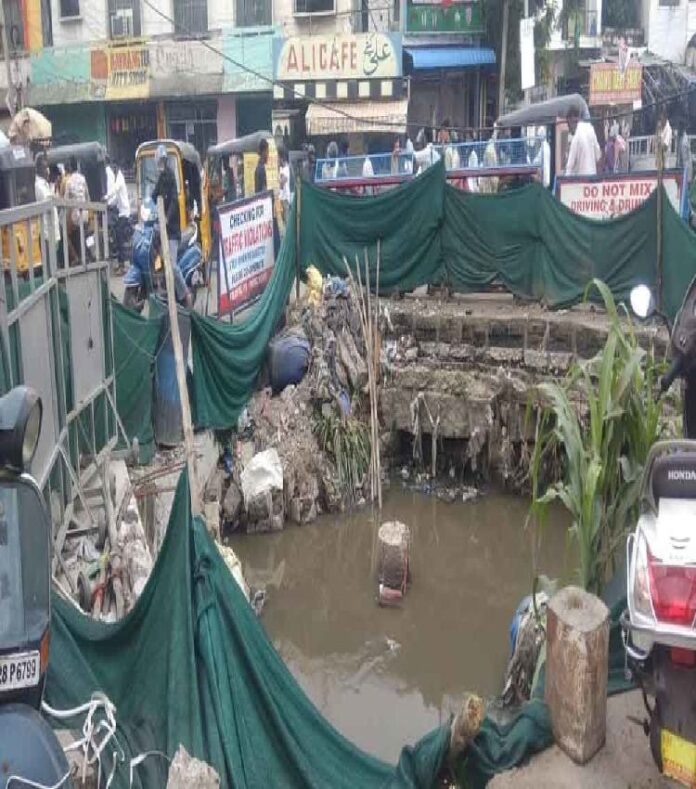 It seems the Telangana government has taken a U-turn on the improvement and widening of nalas in Hyderabad Urban Agglomeration (HUA) areas.

Reportedly, instead of going ahead with clearing bottlenecks that shrink the drains drastically and obstruct the free flow of water leading to the submergence of areas, the government seems to be silent and against touching unauthorised structures due to political pressures. It will instead construct retaining walls in the available nala widths to stop further encroachments. Some comprehensive studies carried out earlier had identified thousands of encroachments that have come up along the nalas.

In the reports, the firms had suggested the government to remove these encroachments, mentioning that otherwise the city will face floods annually.

The original proposal was to widen the nalas all along, by removing close to 30,000 encroachments, which was based on two successive study reports. Political leaders, irrespective of their affiliations, have been silent on the issue and are reportedly against the removal of encroachments fearing backlash from slum dwellers and weaker sections of the society.

The Minister too stayed away from addressing the issue, during the programme. He instead mentioned that only 20 critical structures out of the 400 illegal structures that have come up will be removed.

According to sources, the improvement and widening of nalas in the HUA, including the development of surplus weirs in water bodies, will be a herculean task for the GHMC as they have to face stiff resistance from the encroachers. Only after clearing these obstacles can the nala widening project be taken forward. Also the project had faced setbacks due to the town planning wing’s delay in land acquisition.

In this connection, the concern Minister said that for the improvement of nalas in HUA area, the SNDP has prepared short-term plans covering 55 works costing Rs 858 crore. #KhabarLive #hydnews