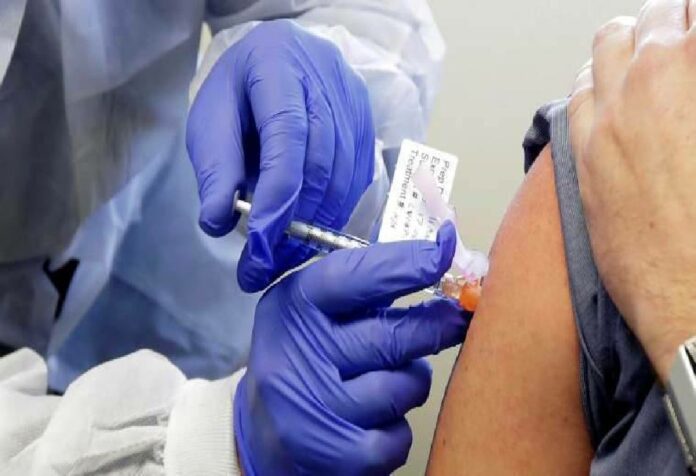 The demand for volunteers is high because more than half a dozen vaccines are at various trial stages and they are competing to finish the trial as early as possible.

Hospitals are allegedly hiring middlemen and agents for arranging volunteers for clinical trials of Covid-19 vaccines. Pharmaceutical companies are roping in various hospitals for trials and bear the expanse.

The demand for volunteers is high because more than half a dozen vaccines are at various trial stages and they are competing to finish the trial as early as possible.

Hospitals are left with no option than to hire agents and middlemen who approach locals and promise anything.

#KhabarLive spoke to a couple of agents in Pune and Mumbai who admit that they arrange volunteers for various hospitals on a commission basis.

They send WhatsApp messages to residents and invite them to join the clinical trial and get paid between Rs 3000 to Rs 5000 for five to seven visits during the complete trial period.

Some locals have shared the screenshot of these messages with #KhabarLive.

Hospitals have denied these allegations and said that there is already a high turnout of people to become volunteers.

Swasthya Adhikar Manch (SAM), an Indore-based NGO has also raised an alarm about it with the Ministry of Health and Family Welfare and Maharashtra government.

“Hospitals cannot outsource the recruitment of volunteers as per the SC order. It has to be done by the hospital directly,” Amulya Nidhi, SAM’s convener said.

SAM had first filed a Public Interest Litigation in the Supreme Court in 2012 and raised the illegal clinical trial practices. It is still pending.

“Participation in a trial is a voluntary exercise. Luring anyone for any benefit is unethical and illegal,” he adds.

Nidhi admits that the Clinical Trials Rules framed and notified by the government in 2019 have failed to address how a hospital will recruit volunteers for any clinical trial.

“After SC’s intervention, the government included almost 50 per cent of our suggestions in the new Rules but many relevant issues remained unaddressed. One of them is the recruitment process of volunteers for a clinical trial,” Nidhi said.

SAM has suggested that hospitals should issue a public advertisement with complete details of the trial and let the people join it voluntarily. This will avoid any ambiguity and misinformation.

After the Indian drug regulator has approved a clinical trial of more than half a dozen vaccines, hospitals are using all means to get volunteers for the trial.

“Normally clinical trials of drugs go on for several years but so far as Covid-19 is concerned, all norms have been thrown to the wind. Hospitals are in a hurry to complete the trial and there is a mad rush to recruit volunteers,” a principal investigator from one of the hospitals said requesting anonymity.

He adds, “Initially when the trial started, volunteers did come forward but after reports of adverse side effects and death due to ongoing vaccine trials, it has become challenging to arrange such a huge number of volunteers in such a short period.”

The India drug regulator has approved two vaccines, Covishield and Covaxin, which are being administered to the healthcare workers under the ongoing vaccination drive.

Besides these two, there are half a dozen other vaccines at the various stages of clinical trials in India.

Prominent among them are Russian vaccine Sputnik-V (also known as Gam-COVID-Vac) and ZyCoV-D vaccine by Cadila Healthcare Limited.

Reddy Pharmaceutical Ltd, which has collaborated with the Russian firm for clinical trials of Sputnik-V in India has roped in 25 hospitals where trials are being conducted on 1600 volunteers.

Except for Bharat Biotech, which has developed Covaxin, all other vaccine-manufacturers are looking for such volunteers who are not a Covid-19 patient or have not contracted the disease in the past.

“This makes the job more challenging. Due to the ongoing vaccination drive, a lot of healthcare workers are already vaccinated so they cannot take part in the trial. Those who haven’t taken vaccine have vaccine hesitancy so they will not become volunteers,” another principal investigator from one of the hospitals which is a trial site for a vaccine, said.

He added, “Besides, a large population has already developed an antibody against the disease. Keeping all these things in mind, it is very difficult to find a suitable volunteer for the trial at this stage.” #KhabarLive #hydnews