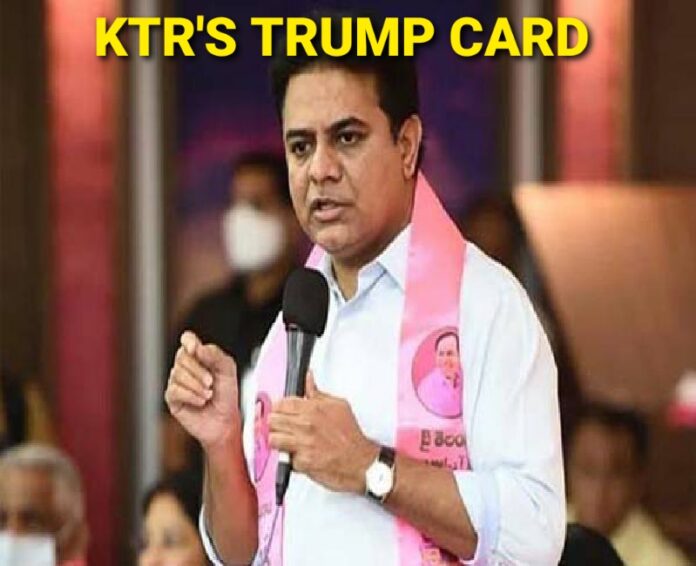 Andhra graduates who are software engineers living in Madhapur, Miyapur, Manikonda, Ameerpet, Sanjivareddy Nagar and Kukatpally region cheer KTR’s statement. It may be recalled that KTR offered to take part in the stir against the Visakha steel plant privatisation.

The graduates of Andhra origin living in Hyderabad and Rangareddy districts welcomed the statement irrespective of their connection with Visakhapatnam.

KTR’s statement to the effect that he would also take part in the agitation, if necessary, became a moot point. People received the statement in a proper perspective and were seen pouring milk over the flex banners of KTR in Visakhapatnam.  Earlier, milk was poured on his portraits on flexis at Vijayawada and Bhimavaram on the occasion of KTR’s birthday.

Commenting on the remarks Nannapaneni Koteswara Rao of Secunderabad puts in, “KTR supporting VSP anti-privatisation agitation is extraordinary and it boosts the morale of the protestors. KTR would have no business to extend solidarity to them given that the Seemandhra people gave their mandate to the TRS in the recent GHMC polls. The support came at the right time. The TPCC and BJP leaders criticise KTR and his remarks but failed to pass such remarks.  If KTR were to take part in the stir, the problem gets highlighted.”

The AP graduates point out how the TRS government has adopted a pro-AP approach. Graduates of AP origin but settled in Hyderabad say that the KTR’s statement would not solve the steel plant problem but leave its impact at the national level.

KT Rama Rao’s remarks gave a soothing relief to TRS nominee Vani Devi, who has been sweating it out as part of her campaign as she is not so familiar with the electorate. Besides, the TRS MLAs and KTR have been campaigning actively for her victory.

The TRS, which did not open its account so far, wants the graduates’ seat in its kitty cashing in on the PV family’s popularity.  In this backdrop, the remarks would serve as a shot in the arm of the candidate.

The total number of graduate voters in the three districts put together is 5,31,268.  This time, the caste factor is going to play a major role in the polls.

The KTR’s statement in favour of VSP protestors would help the TRS garner a major share of Andhra graduates’ votes, according to the TRS circles. #KhabarLive #hydnews