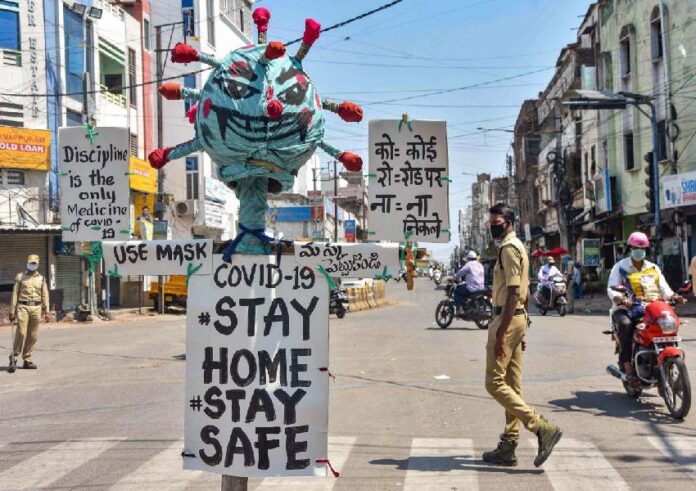 Imposing another round of lockdown offers no solution to the rising tide of Covid-19 infections across the country. Telangana has set the right model by stepping up testing and vaccination while ruling out lockdown.

Accelerating vaccination coverage, removing age restrictions for taking the jab, ramping up testing and contact tracing and strictly enforcing the pandemic protocol — face masks, social distancing and hand hygiene — are the way forward in the battle against the virus.

Despite an alarming increase in the number of cases, India can ill afford another lockdown as it would mean several thousand enterprises, especially in the medium and small segment, going out of business and hundreds of thousands losing their livelihoods.

The nationwide lockdown from March-end to May-end last year had impacted millions, depriving them of their source of livelihood. The economy, which had slipped into recession, is still struggling to regain the pre-pandemic growth rate.

A pragmatic approach that strikes a balance between the imperatives of unrestricted economic activity and preventive healthcare measures is needed. With the availability of vaccines and improved hospital infrastructure, it is now possible to flatten the second wave with minimal disruption to the economy.

By ruling out imposition of lockdown even while stepping up inoculation drive and testing, Telangana has set the right model to fight the pandemic. It is ranked first among the States in administering Covid vaccine doses in private facilities, recording 48.39% coverage. Telangana is also among the top 10 States in terms of carrying out coronavirus tests.

Flagging concerns over the rapid spread of the virus and acknowledging that the situation was turning from bad to worse, the Centre has advised the States to significantly increase testing and tracing. It is a matter of concern that the daily new cases in the country shot up three-fold in the last one month, from 16,572 on February 28 to 56,211 on March 30, a major chunk of them from Maharashtra.

The States accounting for the bulk of the new cases must step up efforts to identify areas of concentration and take measures to contain the spread. The vaccination programme, launched on January 16, has been slow and patchy.

As per the data, the seven-day rolling average for daily vaccine doses administered in the country was 1.8 million on March 29. At this rate, covering the entire population would take two years. The inoculation is expected to see an upswing from April 1 when all those above 45 years will be eligible for vaccination.

The Centre’s reluctance to give more freedom and flexibility to the States and involve the private healthcare sector more aggressively has hindered the process. The Centre must get its act together and give up its control on the distribution of vaccines in the open market. #KhabarLive #hydnews