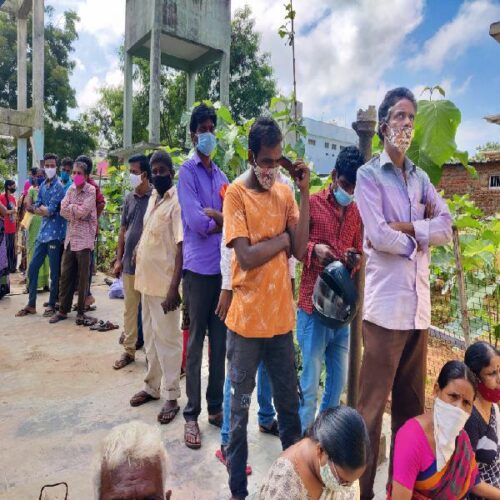 The Telangana government’s negligence or mismanagement makes the poor rural daily wagers and agricultural workers run pillar to post to get Covid vaccinated at ,Covid Vaccination Centres in the states. No stock, no staff and no orders makes the vaccination drive postponed at the centres frequently in the last week. 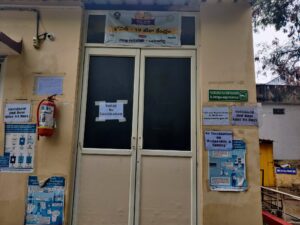 Daily wage earners, especially rural agricultural labourers, have been adversely affected due to the inconsistent and irregular COVID-19 vaccination drives in Telangana. Hundreds of daily wagers are being turned away after waiting for hours at COVID Vaccination Centres (CVC), seemingly due to poor planning and lack of vaccine stock. Golla Lakshmi (55), an agricultural labourer who has travelled to the CVC in the hope of getting vaccinated for the last three days, said that not only has she not got the jab but has lost her daily wages for all the days.

Speaking to #KhabarLive, Ramulamma said, “It’s my third consecutive day visiting this centre. They never tell us whether we are getting the vaccine or not, so we have to keep waiting. All of us are daily wage workers. This everyday ordeal is resulting in us losing our daily wage in addition to costing us the travel fare.” Ramulamma was accompanied by her colleagues, who have a similar story to tell. All of them are awaiting their first dose of the vaccine.

Two tribal women waiting for the jab at the Kamareddy government area hospital told #KhabarLive that they have been coming there for the last five days but each day they had been asked to come back the next day. The hospital is 40 kilometres from their hamlet in Gandhari mandal. 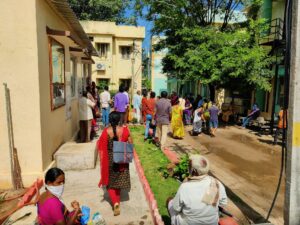 The inconsistent vaccination in rural areas has a major impact on daily wage workers as it costs them their livelihood. The Telangana government started vaccination for those above 18 years of age from May 28. However, the vaccination programme has come under large-scale criticism from citizens, with some alleging that the situation is not so good in the capital city of Hyderabad as well.

People who are due to get their second dose are also worried about getting the jab within the stipulated timeframe. Sridhar, a daily wage worker in his mid-30s, has been trying to get his second dose for the last few days at the Kamareddy government area hospital, but he was turned away by authorities citing lack of vaccine stock. Sridhar said, “It’s been 84 days since I’ve taken the first dose. Every day they’re sending me back, it’s my third visit already.”

In some cases where the CVCs have been set up in government buildings other than hospitals, there is no one to inform whether there would even be a vaccination drive. 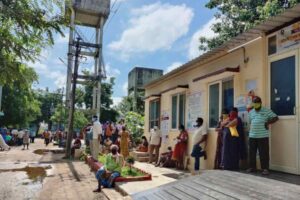 When #KhabarLive reached out to the District Medical and Health Officer (DMHO), he said that a low number of doses are arriving at the district owing to vaccine shortage, and refused to comment further. #KhabarLive made multiple attempts to seek clarification from the Director of Public Health and Family Welfare (DPH&FW) and Director of Medical Education (DME), however our calls remained unanswered.

Telangana has 1,277 vaccination centres, out of which 1,089 are government centres and 188 are private, as per the CoWIN dashboard. So far, 1,32,71,460 doses have been administered, a media report issued by the DPH&FW said. #KhabarLive #hydnews