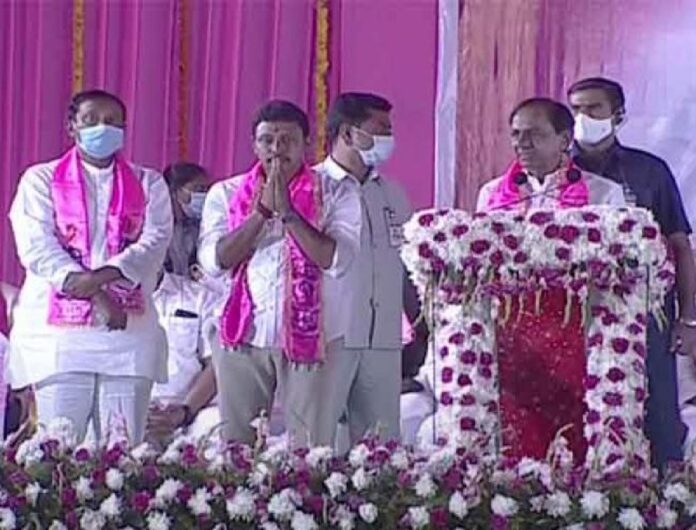 Telangana CM KCR is a goodorator and timely speaker to catch the pulse of the audience. People love to hear him. And situation is completely changed, his speeches loose sheen and people lost interest.

There were times when people were coming in drones voluntarily to the public meetings of Telangana Rashtra Samithi president and chief minister K Chandrasekhar Rao, during the peak of the Telangana movement, only to listen to his rabble-rousing speeches.

His speeches used to be pungent, in typical Telangana slag, laced with a lot of anecdotes and proverbs. People used to cheer, whistle and applaud at every sentence of KCR all through his speeches.

But of late, KCR has hardly been addressing any public meetings and even if he does, his speeches have been lacking the punch they used to have in the past and people are yawning at his speeches, instead of applauding them with cheers and slogans. Even the proverbs have not been evoking any whistles from the crowds.

On Wednesday, too, KCR spoke for about 40 minutes at the public meeting held at Halia in Nagarjunasagar assembly constituency which is going to bypolls on April 17, but his speech failed to enthuse the audiences.

ALSO READ:  'Hyderabadi Autowallahs' - A Law Unto Themselves

He focussed more on attacking veteran Congress leader K Jana Reddy, instead of highlighting what his government had done in the last six years.

He alleged that Jana Reddy could not bring even a degree college to Nagarjunasagar in his 30-year political career. But KCR failed to explain why his government could not sanction the college to the constituency.