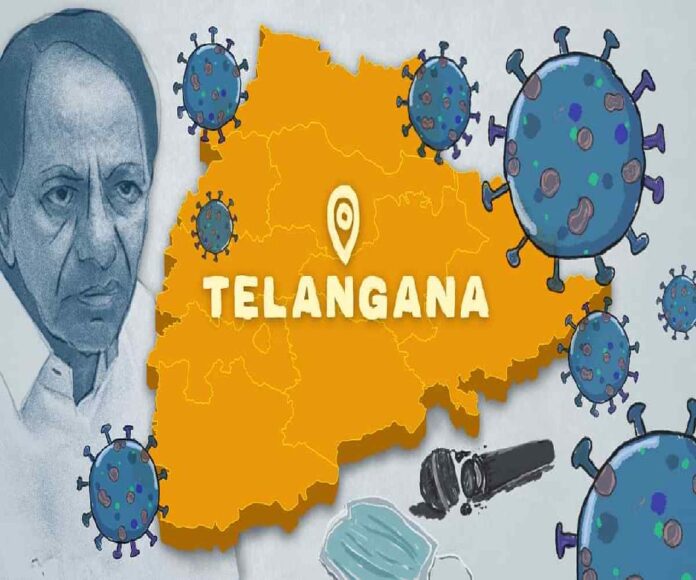 The shockingly different attitude towards the pandemic the Telangana government performance comes under radar of negligence towards pandemic situation. As a result it is facing several criticism from citizens,  court and opposition parties.

A new trend seems to be emerging where the political executive is turning a blind eye in regard to matters of administration even during pandemic situation. They seem to be more bothered about making tall claims of how they managed to steer the economy despite heavy losses suffered due to lockdown and how they are still going ahead with implementing welfare schemes. What seems to be more important for the ruling party and the opposition is to whom the credit of achieving Telangana State should go to?

On one hand spike in corona cases has led to lockdown which has disrupted both production and retail channels and consumers had to cut back spending. The manufacturing activity witnessed overall loss, job losses accelerated and on the other hand people who got affected by Covid-19 and out of necessity or fear got admitted to private and corporate hospitals were fleeced in a manner that that would even put leeches which suck blood to shame.

The hospitals refused to accept health insurance. Patients were charged a minimum of Rs one lakh per day and in their anxiety to save their kin, people had to sell their property, land, gold etc and mobilise funds. There are many cases where the dead bodies were left unclaimed as the patient’s family did not have money to clear the huge bills. Though the media has been highlighting these problems, the government here and across the country just blinked.

The Centre too maintained stoic silence on this issue. There was no system where the people could register their grievances regarding excess billing. If one had some political billing, a semblance of justice was done to him by the hospitals and that too under pressure.

Only when the second wave started abating, the governments started issuing notices to private and corporate hospitals and asked them to submit the original bills within 48 hours. The outcome was some of them have been banned from treating Covid patients. But then how does it help the patients who have been fleeced? Well the government has no reply.

All that it says is that the government does not have powers to collect compensation for the victims from the hospitals unless there is legal intervention. Then what is the sanctity of issuing a GO prescribing rates for each procedure. Once a GO is issued does it not become mandatory for all to follow it? Taking the stand that it has no powers sounds ridiculous.

Similar thoughts were expressed by the Chief Justice of High Court Hima Kohli and Justice B Vijaysen Reddy . They also felt that only cancelling licenses of erring hospitals will not result in reconciliation to persons who have already paid excess fees to these hospitals and directed the government to ensure refund of excess fees collected from Covid-19 patients. It also asked them to start with the hospitals whose permit to treat Covid patients has been withdrawn.

What one fails to understand is God forbid if there is third wave and spike in cases, what will the government do? Does it have the capacity to provide medicare without private hospitals pitching in? What will happen if it gives fresh permissions to all those hospitals again? Will they also not go in for third wave of fleecing the patients?

The court rightly expressed concern over state government’s failure to issue new GO for capping fee for Covid-19 treatment, tests etc. Unfortunately, it all happens because corporate hospitals, diagnostic and imaging centres, pharmaceutical and equipment suppliers play a key role in “the kickbacks and bribes that oil every part of the healthcare machinery”.

It’s really matter of shame that commercialisation gained importance over humanity even during the pandemic which no one knows how long it will continue. A drastic change in policies and strict implementation only can bring a turnaround in the situation. #KhabarLive #hydnews