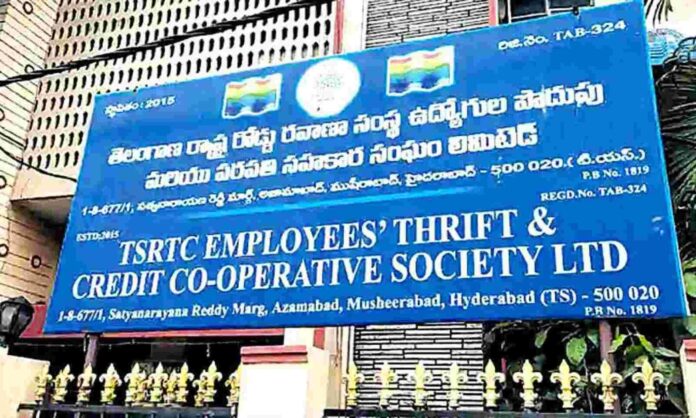 Due to RTC ownership, the society, which made a profit with interest by lending the workers’ savings in exchange for their needs, was on the verge of closing down.

Thousands of crores of rupees must be repaid to society by the RTC alone. The non-payment of that amount, the financial condition of the society deteriorated and finally reached bankrupt. As a result, 12,000 workers cancelled their membership and applied for a settlement.

The society secretary recently wrote a letter to the RTC management asking them to pay the amount due to the employees and close it down. He said that a case would also be filed in the High Court in this regard and all the settlements would be made by the court.

RTC employees have set up a cooperative credit society with the intention of saving internally and getting loans when needed. The union receives 7.5 percent of the employees’ salaries every month. Slowly the society’s turnover reached Rs 2,000 crore. Community income is generated by depositing this money in banks and providing low-interest loans to employees. RTC, on the other hand, gradually began to use the Society’s funds. It needs to pay arrears of Rs 1,060 crores. This made it difficult for workers to get loans. Thus, the Society has approached the High Court in this regard.

ALSO READ:  How Useful Are 'Dating App' In This Pandemic?

Employees are applying for termination of membership and settlement of dues on the ground that the Society is no longer in a position to do so. Concerns raised as senior employees, including younger employees, are applying for the termination of the membership. Already 12 thousand people have applied for cancellation of membership. The RTC MD will be the Ex-Officio Chairman of the Society.

An Executive Director level officer is appointed as the Vice-Chairman. Edi Yadagiri, who is also the vice-chairman, said that he was canceling the membership of the society due to his family’s needs and applied to settle the amount due to him. More than 400 employees are queuing up every day to cancel their membership.

ALSO READ:  The 'Black Day' Of Hyderabad State - The Fall of Nizam State On 17 September 1948 Remains Intact In History

The activities of the RTC Society came to a standstill for three years. As a result, they have already incurred a loss of Rs 165 crore. Employee applications for the loan piled up. At present, a minimum of Rs 465 crore is required to clear them. #KhabarLive #hydnews