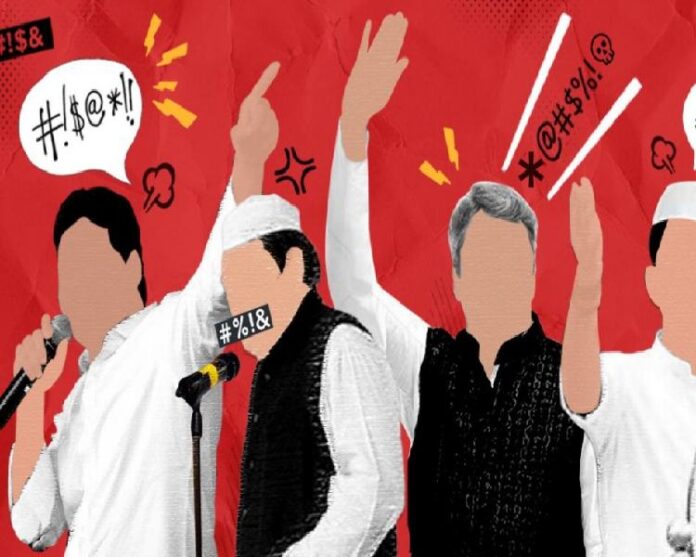 Findings part of report submitted last week before Supreme Court. It was put together by senior advocate Vijay Hansaria and advocate Sneha Kalita.

An insufficient number of special courts and judicial officers, non-appearance of the accused, and stay orders by higher courts are chief among the reasons for the high number of pending cases against sitting and former members of parliament and legislative assemblies, an analysis of a report submitted by an amicus curiae to the Supreme Court reveals.

Even though special courts in most states now have video-conferencing facilities available, the report says accused legislators still refuse to appear before them.

According to the report, around 3,012 cases against legislators are pending before courts, but this does not include numbers from Uttar Pradesh Pradesh and Bihar. Hundreds are stuck at the stage of appearance of the accused, without which the trial cannot begin, says the report, which has been accessed by #KhabarLive.

The report, submitted last week before a bench led by Chief Justice of India N.V. Ramana, is the latest in a series of reports put together by senior advocate Vijay Hansaria and advocate Sneha Kalita with data received from high courts across the country.

The court is hearing a petition filed by lawyer Ashwini Kumar Upadhyaya, seeking a direction to debar convicted MLAs and MPs from contesting for life.

In December 2017, the Supreme Court ordered that special courts be set up across the country to fast-track long-pending cases against lawmakers.
However, in three states — Madhya Pradesh, Telangana and West Bengal — only one special court exists for the whole state, the report says.

In the section on Madhya Pradesh, the report notes that the high court had proposed to set up three more courts last year, but none of these has come up so far.

Also, due to the low number of judicial officers to try these cases, the burden on existing officers is increased beyond their capacity, the report says.

In Karnataka, the amicus notes, there are only two special courts and both appear to be headed by the same judicial officer. He currently has 155 cases to deal with.

The top court refrained from issuing any directions in this regard in the order that followed the submission of the report, but it reminded all high courts of their responsibility to set up an adequate number of special courts.

The second reason for such high pendency, the report reveals, is “inordinate delays” in the conduct of trials. At least 600 cases are currently stuck at the stage of appearance of the accused, it says.
For instance, in Kerala, 232 out of 381 cases are pending because of this. The number is 178 out of 362 in Odisha, and 103 out of 324 in Madhya Pradesh.

In West Bengal, at least seven cases are more than a decade old, three of which date back over 20 years. One case in Gujarat under the stringent-but-now-defunct Terrorist and Disruptive Activities (Prevention) Act, filed in 1999, is still at the stage of framing charges.

ALSO READ:  ‍The 'Cracks Of Differences' Are Visible In BJP And Jana Sena Alliance In AP

The report also notes that, in a number of cases, a stay on proceedings has been obtained by the accused from a high court or the Supreme Court. In such cases, it suggests that the high courts may be requested to hear the case themselves or may direct the trial court to proceed with the trial despite the stay on proceedings after six months, unless the stay is extended.

For all cases where the accused is yet to appear before the court, the amicus suggests that personal responsibility may be fixed on the Superintendent of Police of the district concerned to ensure their appearance in the special court.
In case they still do not appear within two weeks, the bail granted to them should automatically stand cancelled and the accused taken into custody, it adds.

For four states that have more than 1,000 cases between them, the amicus suggests that the Supreme Court may direct the high courts concerned to issue directions to conduct day-to-day trials in pending cases. #KhabarLive #hydnews