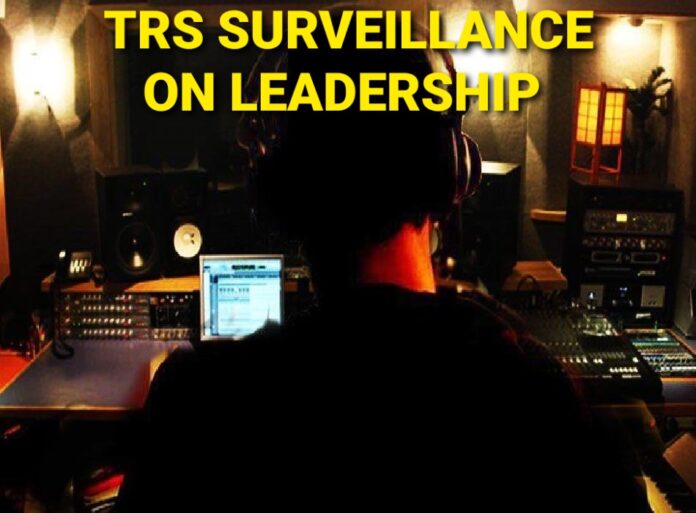 Of late, a peculiar — in fact inexplicable — sense of fear has enveloped prominent TRS leaders, including Ministers and MLAs in Telangana.

Though they do not admit it publicly, some specific actions of these TRS leaders point to the fact that this sense of fear is intensifying by the day.

This fear has naturally led to these prominent TRS leaders putting up their guard, so much so that they are wary of speaking freely with their party colleagues, let alone journalists or acquaintances.

In fact, some do not even take calls on their personal phones, but call back using voice calling apps from other numbers.

While it’s not confirmed whether their fears are unfounded or not, the fact is that they fear that the party leadership is keeping a very close eye on them and their activities.

Many Ministers have stopped interacting with the media from their mobile phones. They have started using the voice call facility offered by WhatsApp to interact with journalists or with their colleagues.

The situation is all the more confounding since there is no threat to State Government from any Opposition party and nor there is any dissidence within the TRS.

Despite this, some Ministers and MLAs suspect that they are under surveillance. If any Minister wants to speak with a party colleague, a mobile phone is ‘borrowed’ for a short while and the conversation is kept as brief, and as coded, as possible.

ALSO READ:  What Made 'Kavita' To Become MLC From Nizamabad?

Some don’t even put faith in using the phones of their personal staff, fearing that these may also be tapped.

They are comfortable only within the confines of their own homes and having ‘guests’ over is the preferred option nowadays.

In fact, the sense of insecurity has permeated so deeply that some are not trusting their own party colleagues enough to speak freely.

When asked, a TRS senior leader said: “It’s a fact that some Ministers, MLAs and other senior leaders are not speaking over their mobile phones  fearing surveillance . Whether surveillance is a fact or not we don’t know, but we do know that this fear is there.”

ALSO READ:  Why Caste And Religious Emotions Are 'Different Politics' In Andhra Pradesh?

He added: “There is no need for the government to put Ministers or MLAs under surveillance, that is why I think that their fears are unfounded.”

When this correspondence called, a Minister did not receive the call, but immediately he called back through WhatsApp. This Minister said that WhatsApp is safer to speak with others on important matters.

Usually, it is leaders of opposition parties that raise the bogey of phone tapping and surveillance but when this fear envelops ruling party leaders, all is not well, said an opposition leader. #KhabarLive #hydnews