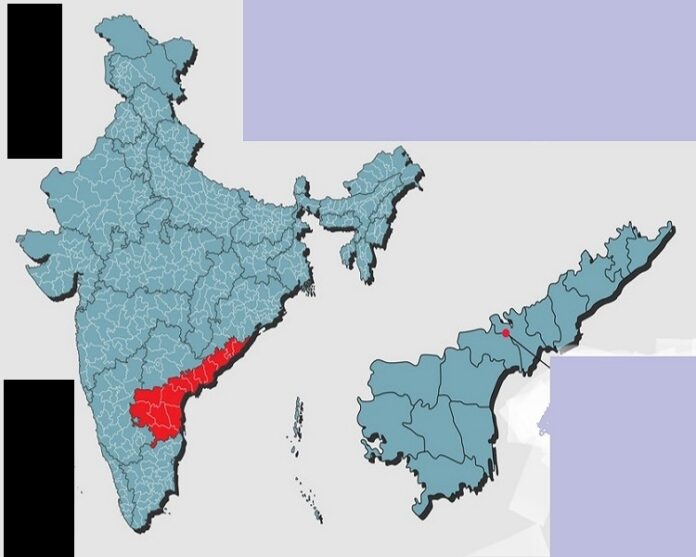 In the context of the manifest as well as probable consequences of the bifurcation of combined Andhra Pradesh, the moot question for the Congress is: Will the people of residual Andhra Pradesh ever forgive us?

The grand old party, due its ‘misguided’ strategy, is yet to come out of the clutches of the ‘Frankenstein’ monster it had unleashed by way of bifurcation. There is no doubt that the people of Telangana benefited more from bifurcation than those of residual AP, considering that bifurcation per se was carried out by flouting all democratic norms and without even a proper discussion in Parliament.

Of course, the Congress was aware that it would lose the goodwill of voters in the Andhra region, considering that the very dea of bifurcation was initially rejected by the legislature of the undivided AP by voice vote.

The Congress had forged post-poll alliance with the YSR Congress party headed by YS Jaganmohan Reddy. The Congress thought that there would be no political harm for itself in the 2014 elections due to AP’s bifurcation should it fail to get a single seat. It was confident of getting support from the eventual winner with a good number of seats. With this reading, the Congress looked confident of getting maximum Lok Sabha seats in Telangana, ahead of the UPA government granting the new state. This was on top of the possible support coming from Andhra with its arrangement with YSRC should it emerge victorious.

Now, the Congress is planning to restart its political journey in Andhra Pradesh with it new-found promise of Special Category Status (SCS) that was assured by then Prime Minister Dr. Manmohan Singh on the floor of the Rajya Sabha. Later, it was denounced by the BJP government, though arguments in favour of the residuary state of Andhra Pradesh were then made by none other than M. Venkaiah Naidu in the Upper House.

In fact, Venkaiah Naidu had suggested that SCS should be given for 10 years, instead of the five-year period assured by the Prime Minister. The Congress picked up the slogan of SCS that was rejected by the BJP government, though it had previously backed SCS.

The Congress got political life and life support from the people of undivided AP twice. The Congress got 41 Lok Sabha seats out of 42 in AP in the 1977 elections, after it faced a humiliating defeat all over the country in the post-Emergency period that turned the destiny of Congress. People of AP had given 30-plus Lok Sabha seats in two  consecutive elections  — 2004 & 2009 that literally helped the UPA rule the country for 10 years as there was no other state in the rest of the country that had given the party such huge number of seats. The Congress’ plight then can be understood from the fact that in Uttar Pradesh, the Congress got only two seats (Sonia Gandhi and Rahul Gandhi).

Hence, the Congress is trying woo Andhra Pradesh without treading on the tender toes of Telangana people.  Its USP is that it granted T-State knowing fully well the fact that it would badly affect its political prospects in the residuary state of AP. It is OK if it is seen as having had a hidden understanding with the YSRCP of Jaganmohan Reddy on possible post-poll support.

Considering the negative implications of taking up SCS, especially in the context of Telangana Rashtra Samiti’s oft-repeated assertion that ‘Andhra’ leaders had given a short shrift to Telangana region in the combined AP, the Congress has started making it clear that its support for SCS to AP would not be at the cost of the interests of people of Telangana.

However, all of them underlined that a committed approach towards realisation of SCS would enable the party to win back the confidence of AP people to some extent so that the party can regain lost ground in the not-so-distant future. The leaders also drove home their point that proximity with Chandrababu Naidu of TDP would be detrimental to the interests of the party. According to them, the Congress can bank on 7-8 per cent of the voters in AP.  But for its truck with TDP, its vote bank would have been 10% of voters.

Political strategist and psephologist Prashant Kishor (PK) has been asked to look into the ways in which the party can reach out to people of AP after overcoming the minus points related to bifurcation. PK had worked with YSRCP, which emerged victorious in the 2019 polls winning 151 Assembly seats out of 175, creating history. Despite being asked to work for YSRCP again in 2024 by none other than Jagan at a thanksgiving programme, Prasanth did not agree this time.

Congress had to first choose one person to head the party in the state in place of P. Sailajanath. The name of former Chief Minister N.Kiran Kumar Reddy surfaced. Despite Kiran’s reluctance to helm the Congress over its questionable role in the bifurcation episode, he is being pressurized to accept the responsibility.

Will this high-profile man accept the offer made by the party’s high command is a big question? Before Kiran gives an answer, the Congress per se has a long troublesome journey ahead. #KhabarLive #hydnews