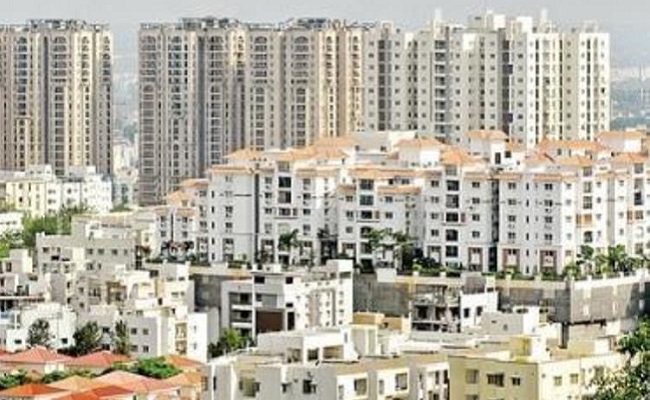 The Andhra Pradesh government has initiated a demand survey for middle income groups housing scheme near municipal corporations and municipalities, which on fructification could give a run for the money to realtors.

This is the government’s brainchild: Acquire land about 3 km to 5 km away from the municipalities and municipal corporations will develop them neatly into plots with facilities such as approach roads, parks, drainage system, street lights and several other attractive amenities.

And most important of all, sell these plots without a profit motive, contrasting with the profiteering real estate agents, middlemen and companies.

Looking like the second iteration of a government land scheme, following the free distribution of land to thousands of poor people, this new initiative, believed to be called as ‘Jaganna smart town’ will cater to income groups in the range of Rs 3 lakh to Rs 18 lakh per annum.

Only one plot for family and government employees are also eligible.

Though the scheme will be open for everybody, Municipal Administration special chief secretary Y. Srilakshmi said a committee will decide as to who will get how much quota.

“Actually it is open for everybody but we will be giving a percentage to non-locals (non-municipality residents) and the rest to locals. So we haven’t discussed that and put it before a committee. They will come with their recommendations. Most likely we will give 5 per cent for ex-servicemen,” Srilakshmi told #KhabarLive.

She hinted that 85 per cent of the quota may go to respective municipality locals but is waiting for the committee’s recommendations based on the demand, whose survey is currently underway, already attracting a few lakhs applications.

Srilakshmi said the government may not know where the demand is coming until the survey is completed, considering the whole project is a demand driven one.

“Once the demand totally comes in, we will see whether it is only from locals or there is a demand from non-locals or is from ex-servicemen. So based on that we will work out the parametres,” she noted.

However, an enquiry by a villager with a West Godavari district municipality’s town planning department official gave the notion that non-locals are not offered this opportunity, which Srilakshmi negated and said should be looked into.

The southern state does have a big population which aspires for upward social mobility by relocating into urban areas for better opportunities and job prospects.

However, the senior Indian Administrative Service (IAS) officer hinted that the lion’s share of the plots may go to the locals by virtue of them being locals in municipalities.

She clarified that the scheme has only been launched recently and is currently at the demand assessment stage but not in application mode yet.

According to Srilakshmi, the survey is underway in all the municipalities and a place like Chimakurti in Ongole district attracted as many as 4,000 applications already.

Likewise, the government is also not intending to blanket apply the scheme in all the municipalities at once as she said it could begin with 30-31 towns, choosing the beneficiary applicants on the basis of a lottery system.

“Everything will be on a lottery basis. There will be no discretion for anybody and no recommendations to be entertained. Now it is early days, we just launched the scheme. The scheme is only a demand driven scheme, we are not imposing anything,” said the IAS officer.

AP government’s noble initiative is appreciable but in this modern age it did not give the option of web application, requiring all the interested people to mandatorily physically go to the ward secretariat or other designated offices to evince interest.

Following the municipal administration department finalizing the nitty-gritties, Srilakshmi said the actual applications will be invited for the lottery which will be held in full public view.

“We will give regular applications, we will collect fees and register it under RERA because we do not want to violate anything. And everything will be done in a transparent fashion. It will be by lottery. Rich, poor everybody will be treated equally. Lottery will also be done in the full view of the public so that nobody has any doubt,” she added.

This game changing plots allocation scheme is expected to affect the real estate industry, in which many projects are mired in controversies and litigations, compelling them to revise their prices.

Unlike the hiccups faced by innocent people in some real estate deals, the government’s scheme in which all are eligible to apply will put forth plots with clean records bereft of any issues.

Srilakshmi said banks have expressed interest in financing this scheme as they are tired of several examples of real estate shams. #KhabarLive #hydnews