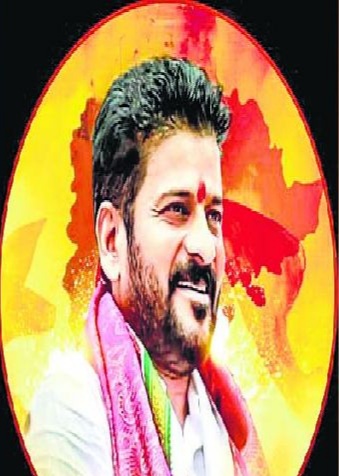 It’s a million dollar question, that newly appointed Telangana Pradesh Congress Committee chief Revant Reddy’s charisma works on Huzurabad voters in forthcoming by-election. Will he succeeds in his claim to restore the party’s image and win this seat? All are assumptions based on his fire-brand image in public.

Though it appeared initially that the fight is only between TRS and BJP in Huzurabad where the by-poll is taking place, things have been changed now with the appointment of Malkajgiri MP A Revanth Reddy as the new TPCC chief.

The political and poll analysts have mentioned Congress as a strong contender in the by-election on par with ruling TRS and BJP. Before the appointment of Revanth Reddy as PCC chief, it was a fight of TRS versus Eatala Rajender, but the poll scenario has changed now.

The Congress may also give a tough contest to the TRS and BJP making it a triangle fight in the coming by-poll. Now confusion prevailed that whether Congress will give tough fight on par with TRS and BJP or will win the election.

However, vote transfer may not take place with the new TPCC committee which is already started activities in his own style by meeting the senior leaders to take them into his fold. Now there is no need for TRS and BJP to expect votes of Congress. The Congress may enter into the Huzurabad poll scene most probably after July 7 after Revanth Reddy taking the charge of TPCC chief.

The analyst opined that the TRS may gain an advantage with the strong entry of Congress in Huzurabad. It may spoil the BJP’s winning chances. However, the analysts also observed that there also a danger to the TRS that the TRS votes may transfer either to Congress or BJP with the confusion because the fight has become a triangle. The TRS party will not give chance for the transfer of its votes at any cost as it is very strong in poll management. The BJP also has the experience of poll management as it did in Dubbak.

Recently, BJP won the Dubbak by-poll while TRS won in the Nagarjuna Sagar by-poll. On contrary, the Congress lost in the two segments and was defeated in the Huzurnagar by-poll. The Congress leaders felt that it was a litmus test for Revanth Reddy to prove his mettle as the chief of the party. Moreover, Revanth Reddy could make his position more strong in the party if he managed to come with flying colours in Huzurabad and probably, it may pave way for him to scale up efforts for the 2023 elections. #KhabarLive #hydnews