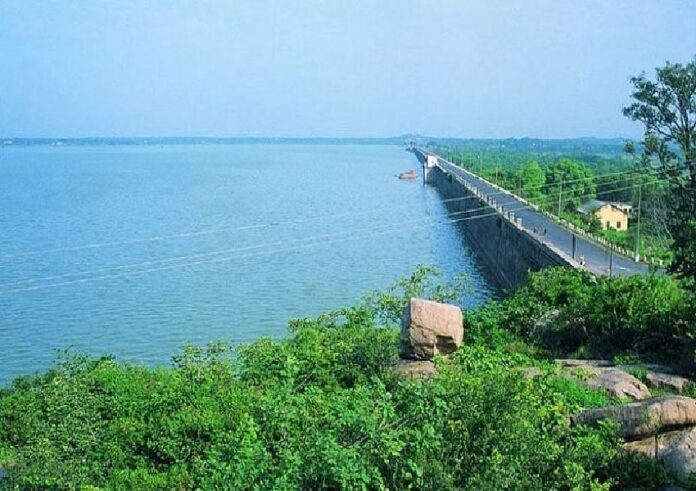 The Osman Sagar is not just a reservoir that has been quenching the city’s thirst for 100 years, but is also one of the most popular tourist spots around the city as well.

In a little more than a month, on May 8, Hyderabad will be celebrating 100 years of a project that began with an estimate of Rs.60 lakh and after all these years, continues to be part of everyday life in the city. 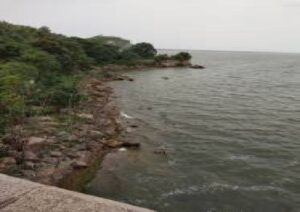 Osman Sagar, also known popularly as Gandipet, Osman Sagar is a rain-fed reservoir located in Hyderabad. The lake supports many varieties of birds, flora and other fauna.

Measuring up to 46 sq km, the reservoir was created in 1920 by damming the Musi River – to provide an additional source of drinking water to Hyderabad and to protect the city after the Great Musi Flood of 1908.

However, once a source of drinking water for Hyderabad city, the lake can no more meet the city’s water demand – owing to a fall in its water levels and a rise in the city’s population.

Hyderabad was once known for its natural and manmade wetlands, including reservoirs, barrages, rivers, streams, aquaculture ponds, tanks, ponds and lagoons. Its main water supply used to come from the Musi River. Consequently, more water sources were built to meet the growing city’s demand for water, including the Majira and Krishna Water Supply projects.

In spite of all this, today, the city is facing a major water emergency, with its four major reservoirs – the Himayat Sagar, Osman Sagar, Singur and Manjira reservoirs — bone dry for the first time in 30 years.

Hyderabad is running out of water because its wetlands are running dry.

The Hyderabad Metropolitan Water Supply and Sewage Board supplies water to about 70% of the population. However, the city suffers from distribution losses as the water is sourced from over 100km. The supply remains intermittent and water only reaches people every alternate day.

When dirty, polluted sewerage water flows into a wetland constantly, it is bound to degrade. This is what’s happening to most wetlands in the city of Hyderabad.

As people wash clothes on the banks of the city’s lakes and as fertilizers and pesticides from agricultural fields flow into the water bodies, wetlands in the city are getting increasingly polluted. 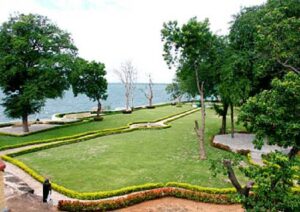 Osman Sagar, also popular as Gandipet, is not just a reservoir that has been quenching the city’s thirst for 100 years, but is also one of the most popular tourist spots around the city as well. On May 8, it will be a century since the project was completed, after being envisaged as a new scheme of water supply to Hyderabad and to prevent flooding in the Musi River.

Following the devastating Musi flood in 1908, the then Nizam had asked the legendary engineering expert, M Visvesvaraya, to investigate the cause.

Visvesvaraya advised construction of two reservoirs over the Musi and Easa River at an estimated cost of Rs.1.28 crore. This was approved by the 6th Nizam, the late Mir Mahboob Ali Khan on March 5, 1910. Since water supply to Hyderabad and Secunderabad was inadequate then, 7th Nizam Mir Osman Ali Khan commissioned the construction of reservoir over Musi first through farman (order) on July 15, 1912.

The project was estimated to cost Rs.57.35 lakh as per an expert Arun. Keeping in mind the possibility of price fluctuations, Nizam Mir Osman Ali Khan approved Rs.60 lakh for the project through a farman on November 11, 1915, a copy of which is available. 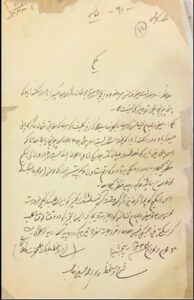 With the approval of the budget, works for the new water scheme began on July 15, 1916. As Arun had left for Europe, the project was assigned to another person, identified in records as AW Stone Bridge. According to records and orders in classical Urdu language available with the Telangana State Archives and Research Institute, the project was completed on May 8, 1921.

As per records, the cost of the project escalated to Rs.89,37,810 in 1924, due to delay and also allegedly due to some mismanagement by Stone Bridge, who was in charge of the project, and also by his successor.

“As per the records, most of the project works were completed on May 8, 1921. Following this, water was supplied to Hyderabad. There were grievances from the people of Secunderabad over water supply. Even before the project works commenced, there was correspondence for 11 years between the government of India and the Nizam government over this. Finally, after an agreement, water supply to Secunderabad and Cantonment areas began,” says State Archives director, Zareena Parveen.

However, this plan was shelved on the advice of the Chief Expert of Government of India on Health Safety, Colonel Clement, who cited epidemics in Pune and said harmful substances and other pollutants may enter open canals during the rainy season. And the water was supplied through stoned walled covered nallahs and directly from Osman Sagar. #KhabarLive #hydnews